June 20, 2011 by Tim Muldoon
"Like" the Patheos Catholic Page on Facebook to receive today's best commentary on Catholic issues. 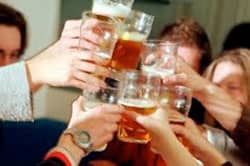 I applaud the decision of President John Garvey of Catholic University of America to return to the use of single-sex residence halls. His reasoning is based on an Aristotelian approach to virtue: we become the people we are not exclusively by what we think about, but by the practices we engage in. Colleges must be more deliberate about what practices they cultivate, or fail to cultivate, and a primary example of what they ought to be cultivating is in the area of relationships and sexuality.

Current practices among college students include rampant binge drinking and misery-inducing cultures of hooking up. A number of studies (examples here, here, and here) have showed the damaging relationship between drinking and hooking up, and several others (examples here and here [opens a PDF]) have addressed the phenomenon of "pluralistic ignorance" in the hookup culture. Pluralistic ignorance is that nervous glancing around, that "everyone-is-having-more-fun-than-I-am" attitude that pervades a still-growing population. What we know with certainty is that student perception about the prevalence of drinking and sex are significantly higher than the reality of drinking and sex. But it is precisely that disconnect between perception and reality that acts as a catalyst toward more compulsive drinking and sex, and most young adults are at a developmental age when the desire to be like their peers is suffocating.

Cynics would argue that single-sex dorms cannot stop young adults from drinking and having sex. But that specious argument ignores the fact that no law or policy can prevent behavior, any more than laws against murder or theft. The issue is not about perfect efficacy; it's about formation of attitudes and influencing practices. In the case of college campuses, it's also about models worth imitating. The college years can be a period of remarkable growth and character formation, and without models to imitate, young people are likely to continue glancing nervously around them at what everyone else is doing.

Interestingly, a growing area of research suggests how our brains are hardwired for imitation. The key ingredient seems to be mirror neurons, first studied by Italian researchers Giacomo Rizzolatti and his colleagues in the mid-1990s. Further studies by Vilaynur Ramachandran and others show how significant imitation is both in human development and in the origins of civilization. The basic insight is this: our brains are stimulated by perceiving others doing things that elicit our desires.

The developmental period of young adulthood is particularly prone to pluralistic ignorance when there is no compelling alternative model for young adults to imitate. My hypothesis, which needs further study, is that what drives college-age hooking up is not exclusively the pleasures of drinking and sex per se, but rather the craving for social acceptance. Anecdotal evidence in books by Laura Sessions-Stepp and Donna Freitas (linked above in the drinking/hookup references) suggests this connection, especially among young women, but also among some men, and my many years of working with college students further suggests it.

Will single-sex dorms solve the problem of pluralistic ignorance? No, but it can help to interrupt the process. Christopher Kaczor argues persuasively that same-sex dorms might reduce the prevalence of binge drinking and hookups in a recent article. The article relies on studies that isolate differences in rates of those behaviors among students in single-sex dorms compared to coed dorms over a 12-month period. But in my view, the more persuasive argument regards what will happen over a period of many years. The key question, it seems to me, is not "does your college have single-sex dorms?" but rather "what does your college do to encourage practices of friendship and positive relationships between the sexes?"