Compassion for Animals: An Interview with Laura Hobgood-Oster

Another important contemporary issue is the growing practice of industrialized factory farming also known as confined animal feeding operations. The suffering of animals in this system is unimaginable, yet it's real. And it's happening right in our backyard. Last year over 10 billion animals were slaughtered in the U.S. alone (that's 30 animals per person). Some might say that we have to do this in order to feed everyone. But a meat-based diet is not an efficient or a healthy way to eat. Factory farming has a huge, negative environmental impact. As a matter of fact, the way we eat has more of an impact on global warming than what we drive. So if one has compassion for animals or if one cares about the environment or if one just cares about one's own health, our meat-heavy diet has to change. Those are just a couple of the reasons why this seemed to be the right time for the book.

What did you find most surprising in your research for this book on the history of animals in Christianity?

How many animals there are! I've been doing this research for about ten solid years now and I still keep finding more animals in the history of Christianity. So I'll continue to keep on looking because I know there are even more out there.

In your book, you recount several stories of saints who had animal companions that were central to their lives and ministries. Many of us are familiar with St. Francis of Assisi and his "ministry" to the birds and the beasts. What are some of your favorite saint-animal stories?

Certainly Francis is a central figure. But several other saint-animal relationships are also very touching and telling. St. Jerome, best known for revising the Latin version of the Bible, is often pictured with a lion. One day this lion wandered into the monastery where Jerome lived. All the other brothers fled, but Jerome greeted the lion. The lion was in pain. Jerome found a thorn deeply embedded in his foot and removed it. From that day forward the lion and Jerome were constant companions.

I also love the story about St. Giles, who was a hermit, and the hind. The little hind had saved the saint's life when he was ill and had no other food, so she offered him her milk. One day royal hunters entered the woods close to St. Giles cave and when they saw the small hind, they were determined to kill her (so this is a hunt for sport). She ran to the cave and just as an arrow came flying in, St. Giles threw his body in front of hers to shield her from the arrow. So they had each saved the life of the other. There are so many more stories as well.

Beyond the stories of the saints, what does the Bible tell us about Jesus' relationship to animals? How might that instruct us in our responsibility toward animals today?

There are actually several direct references where Jesus calls for compassion. On a Sabbath, Jesus was in a synagogue teaching and he healed a man with dropsy. The people gathered criticized him because you aren't supposed to do any work on the Sabbath. Jesus responded with the example of animals that were in danger: "which of you, having a son or an ox who has fallen into a well, will not immediately pull him out on a Sabbath?" In another gospel account, he gives the example of a sheep in a well (Mt. 12; Lk. 14). He also references animals frequently in parables and emphasizes that God takes care of them all.

Actually there are very compelling accounts in the apocryphal gospels as well. These are texts that were very important for early Christians but, for a variety of reasons, they don't end up being selected for the New Testament. Still, they have fabulous stories about Jesus and animals. In one, Jesus gives safe passage to a lioness and her cubs, instructing everyone not to hurt them. In another he resurrects a dead fish. It's actually in one of these apocryphal gospels that the ox and the ass from the Nativity are mentioned, not in the four canonical gospels. So you see that they have quite widespread influence.

I was intrigued by this particular question you raise in the Preface: "By placing animals in the history of Christianity, might we not begin to reconfigure humans in the tradition as well?" Can you say a little more about what you mean by that?

I think that idea is one that is most challenging or even scary for some people. It seems that we like to imagine ourselves as the center of everything. That's one of the reasons why, when humans found out that the earth wasn't the center of the universe, it was so threatening. In a similar way, if we take into account all of the animals and stop placing humans at the center of our religious traditions, it could seem that we are decreasing our own significance. In a way, we are at least shifting our significance or realizing that other animals are also significant. Since so many of the assumptions we hold about human exceptionalism and superiority have led us down destructive roads, for example, we used up resources and occupied space in such a way that we have driven thousands of other species to extinction; it is urgent for us to reconsider our position. In other words, we better become humble pretty quickly!

What Does Paul Say about the Afterlife?
Jonathan MS Pearce
2 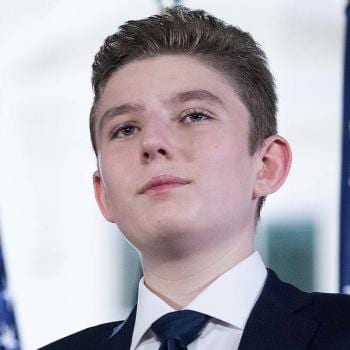 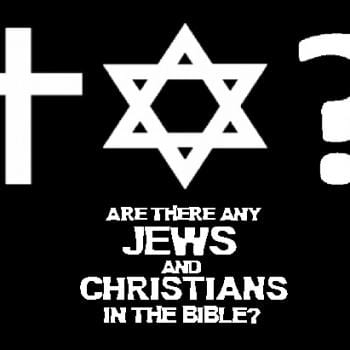 No Jews or Christians in the Bible?
Fellow Dying Inmate
Get Patheos Newsletters
Get the latest from Patheos by signing up for our newsletters. Try our 3 most popular, or select from our huge collection of unique and thought-provoking newsletters.
From time to time you will also receive Special Offers from our partners that help us make this content free for you. You can opt out of these offers at any time.
see our full list of newsletters
Editor's picks See all columnists