What If Korach Was a Woman?

A few summers ago, I spent a month working at Kibbutz Ketura, a kibbutz near Eilat, Israel. During the Shabbat sermon on the Korach portion, the speaker compared himself and his community to the supporters of Korach's rebellion. This was the first time I heard a speaker identify with Korach and not with Moses—it was a moment of revelation. After, hearing the speaker, I felt that I too was granted permission to identify with Korach. However, I no longer do, in part, because Korach's rebellion comes from a place of existent power and makes little room for the protection of the vulnerable and the powerless. A woman in Moses' and Korach's world, living a life of legally entrenched powerlessness and vulnerability—what would her rebellion look like?

Korach rebellion argues for anarchy, equality, or dictatorship of the holy. He says the following, addressing Moses: "It is too much for you! For the entire assembly—all of them—are holy and God is among them. Why do you exalt yourself over the congregation of God?" (Num. 16:3).

Moses responds: "Is it not enough for you that the God of Israel has segregated you from the assembly of Israel to draw you near to himself, to perform services of the Tabernacle of God and to stand before the assembly to minister to them?" (Num. 16:10).

Moses questions Korach's sincerity when he reminds him that Korach is already an immensely privileged person, already a Levi, set apart from the rest of the people to serve God in the holy Temple of Meeting. Not only does Korach fail to acknowledge his own privileged position, but he argues for the allocation of power based on exactly that which defines his privilege: holiness. In placing the supremacy on holiness, Korach is placing the supremacy on himself. Martin Buber's reading of Korach's rebellion addresses the large problem of placing supremacy on holiness.

For Kora[c]h the people, as being the people of the Lord, were already holy. They had been chosen by God and He dwelt in their midst, so why should there be further need of [good and evil] ways and choice? The people was holy just as it was, and all those within it were holy just as they were; all that needed to be done was to draw the conclusions from this, and everything would be found to be good (Moses, 190).

This trinity of the holy, the good, and the right cements the power of those who already have it, people like Korach; thus the fate of the powerless remains unaltered. The powerless must wait for a Korach who is outside the structures of authority, for a female Korach. I imagine her rebellion in the memory of two women written into the Korach's Rebellion by the Midrash: the wife of Korach and the wife of Ohn (Talmud Tractate Sanhedrin 109-110).

Ohn is listed among the rebels but he is not mentioned among the dead at the end of the rebellion. In the Midrash, Ohn's wife gets him drunk and waits till he falls asleep. When his rebel friends come to get him, she uncovers her hair and stands in front of their tent. The men leave, for fear of seeing her uncovered hair. Conversely, Korach's wife, or as I like to call her, Lady Korach, goads Korach on, constantly pointing out all the little ways in which Moses and Aaron are superior. Korach's wife guides Korach down the evil path—she becomes yet another Eve, feeding her partner the forbidden fruits of power. And Ohn's wife has no recourse other than to speak with her exposed body. The only means she has of conveying her message is to scare men away with the illicit visibility of her hair.

In their memory, I imagine a woman, gathering her sisters in rebellion and going to the men in her community. I imagine what she would say in her rebellion.

Is it not too much for you men? Are we not more than the wombs that bore your sons? Are we not holy too? We hear the voice of God. We are called to service. We are called to leave our tents and remove our scarves. Do not fear our voices or our hair blowing in the desert wind. We too are priests, prophet,s and elders. Welcome us to your courts and holy places. God speaks to us. Why do you men exalt yourself over your mothers, your sisters, your daughter,s and your wives? Women, Men, God, together, let us write a new law, a law that honors our holiness.

Would then the earth open up and swallow her like it swallowed Korach? Or would there be too many of us for the earth to swallow? 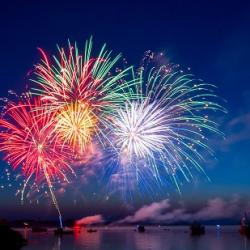 Some of You May Need This Right Now
Frank Viola
Get Patheos Newsletters
Get the latest from Patheos by signing up for our newsletters. Try our 3 most popular, or select from our huge collection of unique and thought-provoking newsletters.
From time to time you will also receive Special Offers from our partners that help us make this content free for you. You can opt out of these offers at any time.
see our full list of newsletters
Editor's picks See all columnists