June 23, 2011 by Tony Rossi
"Like" the Patheos Catholic Page on Facebook to receive today's best commentary on Catholic issues. 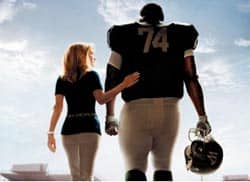 If you've seen movies like The Blind Side and X-Men or TV series like "Lost" and "24," you've been exposed to projects that have been worked on by alumni or faculty of the Act One program in Hollywood. Originally created to be a screenwriting school for Christians from all denominations, it now also includes a Producing and Entertainment Executive program as well. In addition, a screenwriting competition to help promote up-and-coming writers runs until the end of July.

Some Christians in the entertainment industry want to produce stories that spell everything out for the viewer, that make the Christian message clear and overt. On the other hand, I look at a TV series like "Lost," which I've discussed endlessly with my friends, or Terrence Malick's new film, Tree of Life, that lead people to analyzing and discussing what it all means. In your view, which is the more effective storytelling approach?

I believe—and really the Act One philosophy is—what the audience does with a film or with a TV show after they watch it is just as important as what they're doing when they watch it. We strive to instill in our students that it's important to respect the audience. It's important to give them opportunities to think. It's what God is doing in the hearts and minds of the people watching your material that is important.

If your material can be a vehicle for someone to get in touch with their thoughts and their beliefs, then that's a great thing. But that's not something that the filmmaker can force someone to do. The filmmaker is only presenting stories and situations that people will hopefully chew on later. The way to do that is to create mystery, and to create situations where the audience can brood afterward and have something to think about.

I remember writing a story that had a pro-life message for a high school class once, and when the teacher gave the story back, he wrote that my point was as "subtle as an anvil." I was annoyed at the time, but in retrospect, he was totally right. The students that come to Act One are older than high school age, but I imagine they probably start off making some common writing mistakes. What are the most common, and how do you break them of their bad habits?

I see a lot of wonderful, well-meaning Christians who want to have pro-life messages or pro-life themes, to incorporate their beliefs into their work—and it is about as subtle as an anvil. That's problematic because if life were as easy as walking up to someone and saying "Don't do that" and then that person doesn't do it, that would be great because none of us would ever sin. Unfortunately life is not that simple, and sin is not that simple. I think it's important for the artist and the audience to understand that it's not enough to want to share your values in a story. It's more important to engage through characters, through plot, through theme, and to create a situation where you are drawing people in from their emotions, not from their convictions. Sermons don't work in storytelling.

I found it ironic that one of the most accepted pro-life movies in recent years was Juno. Yet the screenwriter was not looking to make a pro-life movie. She herself said she was pro-choice, but this is how it came out. The story took those aspects on by itself.

Exactly. And the reason why Juno worked was that the storyteller was telling the truth. The abortion room scene where she walks into the clinic is a great example of what an abortion room scene should be in a movie. She walks in and it's this gross, crass place. Then there's this wonderful scene when Juno realizes that babies have fingernails. Just that thought alone and that image—she looks around and sees all these people using their fingernails in this room. That is the way to address the fact that there is a human inside of her. Other movies have approached the abortion issue and it's two people in a room talking about why abortion is bad or all the reasons why someone would want to have an abortion. First of all, that's boring. Second of all, there's no emotional connection to the debate. But we can all be on the same page when somebody's talking about fingernails.