The Mystery of Redemption: Progressives and Social Justice

Earlier this year, talk show host Glenn Beck warned his church going viewers to search their denomination's websites for any mention of "social justice." If found, Beck encouraged his viewers to search for another (read "truer") body of faith with which to affiliate. In a public dust-up largely forgotten now due to his role in the rejection of the "Believe Out Loud" ad by Sojourners, Jim Wallis took the lead in pushing back on Beck's claim and self-identifying as a "social justice Christian." In addition to gaining him a space on Beck's blackboard, this push-back provided Wallis an opportunity to claim this identification as an authentic articulation of Christian faith.

In her quadrilateral typology of Christian communities in The Great Emergence, Phyllis Tickle uses the title "Social Justice" Christians to describe the denominations often tagged as "mainline" churches. Despite these uses, the concept of social justice is treated as anathema in a large part of our cultural discourse (as is the term progressive).

In a recent article at Patheos, Dr. Frederick Schmidt points to this and challenges Progressive Christians to articulate what they believe "in" before they believe "out" in concrete acts. In a recently written rejoinder to a response to his article, Schmidt reiterated that Progressive Christian voices are ". . . so diverse that it is difficult for the movement to avoid resorting to political categories and concerns in addressing differences of opinion." This is an important caution for Progressive Christians as we also are susceptible to co-optation to secular commitments unmoored from theological categories and the integrity of faith. In this scenario, faithfulness is judged primarily in terms of political commitments, which conceivably could be divorced from theological categories. At the very least, one could argue that the articulation of this connection has gone by the wayside.

There is a way forward hinted at in Dr. Schmidt's rejoinder to his original article where he points out the difference he sees between mystery understood as the limits of what can be understood about the ways of God "as understood in Christian tradition" and mystery as the very definition of God for some Progressive Christians. The latter use of mystery seems to unite the disparate factions but can also inadvertently function as a check against theological articulation at all. The first definition of mystery holds merit but begs the question of how the "ways of God" are understood in Christian tradition.

Here the theological work of Edward Farley in his Divine Empathy: A Theology of God provides a fruitful way forward in my view. Farley locates the way to the problem of God in the midst of what he calls the "facticity of redemption." What this means is that the symbolism, imagery, and iconography that give expression to what we name "God" is rooted in the faith and experience of actual people. It is rooted in particular communities of faith formed to give expression to the lived experience of redemption in the face of the human problems of angst, idolatry, and social evil. 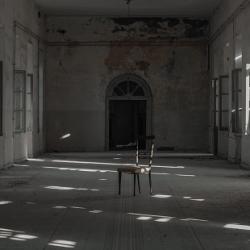 Skojec Loathes Traditionis; Illustrates Why it is Necessary
Dave Armstrong
4