The New Path of Christian Music 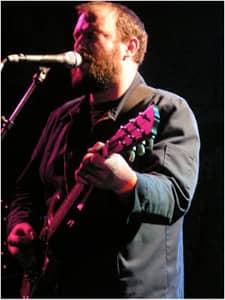 During the 1970s and '80s, many conservative Christians entered the political arena hoping to rescue American society. Pundits, parishioners, and preachers believed that the minds of young people, if not the very soul of America, faced a point of cultural crisis. But is there still a culture war? Hasn't our multiethnic, multicultural nation created a new story? The engine that powered much of the "war" has, to some extent, lost momentum. Now, many evangelical Christians work hard to maintain a distance from the Religious Right, the Christian Coalition, and fundamentalism, with the near perfunctory disclaimer, "We are not one of them!"

This does not mean that the culture war has ended. Indeed, both conservatives and liberals are still embattled over immigration, same-sex marriage, abortion, stem-cell research, and the list goes on. But the power of culture-war forces is largely concentrated within the context of political think-tanks and a polarized news media. In previous years, socio-political issues were encapsulated in narrative popular forms as Christian rockers worked to vilify liberalism, progressivism, and secular humanism. While Christian music is still used to as a public platform for social issues, the genre has changed its approach.

Song lyrics portrayed a world embattled with the forces of darkness, whether spiritual or terrestrial, and emphasized a world on the brink of either nuclear or cultural holocaust (ironically often couched as divinely orchestrated). Metal group Stryper's Soldiers Under Command inspired listeners to feel that they were part of God's army, which will vanquish the forces of evil. Even mainstream CCM groups such as Petra contributed to the milieu with a few songs that implied either embattlement or apocalypticism: "Not of this World," "Grave Robber," "This Means War," "He Came, He Saw, He Conquered," ending the decade with "Armed and Dangerous."

Although the issues that divide red and blue states (and the blurring thereof) have never been tabled and remained unresolved, it is possible that we live in a "post-culture-war" society simply because people are no longer easily courted by either the Left or the Right. This fragmentation has resulted in a newly mapped landscape, one which necessitates popular evangelical music groups to engage in one of three ways, each representing one of sociologist Jay R. Howard's categories of CCM: Separational, Integrational, and Transformational. Now, popular evangelical music can be classified as one of the following:

Given the rise of emergent Christianity and other progressive (or perhaps culture-savvy) forms of faith, we now live in a world inhabited by persons who might value some of the social platforms once championed by the Right, but remain attuned to the nuances of pluralism. As a result, popular musical expressions of traditional Christianity are now nestled within broader contexts—or at least encapsulated in metaphor. Many who previously led the culture war now view life as far more complex than simple dichotomies. One result was the rise of newer forms of Christian rock during the 1990s.

While CCM of the '90s remained overtly Christian, many expressions adopted ambiguity and hints of holism. These artists employed lyrical metaphor and sought cultural relevance and authenticity—a nod to the rise of postmodern evangelical culture. While some enjoyed crossover success, others questioned the new model, citing the Gospel Music Association's definition of Christian music: one that clearly connected lyrics to a biblical worldview.