Recently, Southwest Airlines was forced to suspend and discipline one of their pilots for an obscene rant describing gay and female coworkers in terms that are unfit for print. In a recorded message Chuck Magill, vice president for operations, described the airline's dismay at their pilot's conduct. He outlined the disciplinary action that was taken, named the behavior as inappropriate, and apologized on the pilot's behalf for his language.

One could not have hoped for more from Southwest. They addressed the situation clearly and decisively. Enough said? Well, yes and no. Yes, enough said about the incident and about Southwest's response. There is little more that one could have asked from the airline.

But Magill's statement also underlines a deeper spiritual problem that no one but the pilot can address. As Magill pointed out, the pilot's behavior was "offensive and inconsistent with the professional behavior and overall respect" Southwest requires of all employees" and—for that reason—he was given "additional diversity and inclusion training." And therein lies the difficulty: the diagnosis and the treatment are hardly commensurate.

People can be taught to observe boundaries and clean up their language. Organizations can even cultivate a respectful workplace, environment, or institutional culture—and many of the programs devoted to diversity and inclusion training use those terms. And when all else fails, leaders can even enforce appropriate behavior. (As Magill, observed, the pilot "knows what he did cannot happen again.")

But the task of becoming a person who is genuinely capable of respecting other people is an inside job that cannot be accomplished over the course of a day long workshop. The language that the pilot used reflected the mindset of a user and a narcissist—a frame of mind that sees other people as a means to an end or as annoyance. And the repair of workplace conduct—as important as it is—barely scratches the surface of the problem laid bare by the language he used.

That is why ancient conversations about virtue (or areté) emphasized not just inner disposition, but lifelong, reliable patterns of behavior. And that is why in religious communities where a capacity for respect is important, those values are grounded in the assumption that behavior of that kind is essential whether others can hear you or not. That is also why Christians have long taught that other human beings demand our regard because they, too, bear the image of God and are the objects of God's love.

The church can't guarantee the desired results any more than sensitivity training can, of course, and—tragically—the church has done things from time to time to promote the erosion of virtue. But, as the nature of the concept itself suggests, the importance of cultivating virtue does not rise and fall with our success in nurturing it, but in virtue's intrinsic value as a way of seeing the world and of being in the world.

For the Christian it is also grounded in God's way of regarding our world and our neighbors. We should not allow either our failures or our fears of moralizing keep us from engaging that task. It should, instead, be concerted part of the preaching and instruction that churches offer.

If what goes on in the cockpits of planes, on the pages of Facebook, and in public as well as private discourse are any indication, we have our work cut out for us. But cultivating regard as a virtue—or a habit of the heart—is not finally about addressing a problem. It's about forming souls and there is no sensitivity fix for that. It is a life long journey. 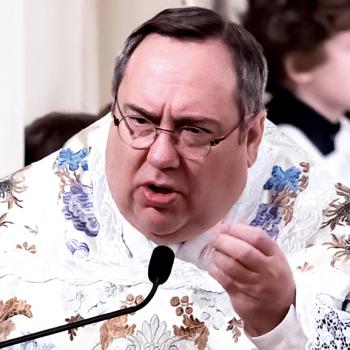 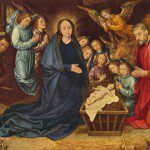 An Unstable Story: A Child Still Left Out in the Cold by the Church
Linda LaScola
3 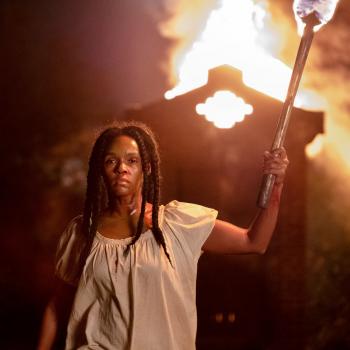 The 2020 Year in Movies
Mark Wilson
Get Patheos Newsletters
Get the latest from Patheos by signing up for our newsletters. Try our 3 most popular, or select from our huge collection of unique and thought-provoking newsletters.
From time to time you will also receive Special Offers from our partners that help us make this content free for you. You can opt out of these offers at any time.
see our full list of newsletters
Editor's picks See all columnists