Through Failure to Freedom

While Church history could furnish hundreds of similar examples, a more recent tale of transformation speaks in particular to the motifs outlined by Rowling and O'Brien.

In the mid-1980s, before entering the priesthood, Fr. James Martin, S.J., toiled away in Manhattan in a finance department for GE. He made a fine salary and was recommended for promotion, but success concealed turmoil. In his book Becoming Who You Are: Insights on the True Self from Thomas Merton and Other Saints, Martin writes of the "false self" that he acquired during this time:

The self that I had long presented to others—the person interested in climbing the corporate ladder, in always being clever and hip, in knowing how to order the best wines, in attending the hottest parties, and in getting into the hippest clubs, in never doubting my place in the world, in always being, in a word, cool—that person was unreal. That person was nothing more than a mask I wore. And I knew it.

It would take many months of self-scrutiny and prayer, but Fr. Martin would eventually strip away the false self to light upon the person he truly desired to be, which was more Thomas Merton than Jack Welch. Martin had to fail: not at life, but at something he didn't want, a "perceived ideal" of achievement. Once he acknowledged this, he was finally set free, and he found the community—the vocation—where he was meant to flourish.

I don't mean to suggest too close an identity between the paths of St.

Ignatius and Fr. Martin and those of Rowling and O'Brien. O'Brien, after all, went to TBS, not the novitiate, and Rowling may be the world's most famous author. But, even if unwittingly, O'Brien and Rowling have opened a door to dialogue, inviting audiences to marvel at their journeys but beckoning further questions: What kept them going? How, in the time of their greatest vulnerability, did they emerge with such strength? Is "conversion" an appropriate category for framing their experiences? And are they willing to consider a providential, creative love as a source for their breakthroughs?

If those are some of the compelling questions, the journeys of St. Ignatius and Fr. Martin may provide some answers. 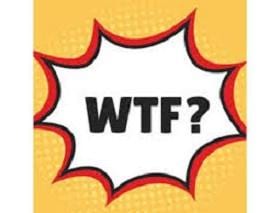 Adventurous Lectionary - Sixth Sunday of Pentecost - July 4, 2021
Bruce Epperly
Get Patheos Newsletters
Get the latest from Patheos by signing up for our newsletters. Try our 3 most popular, or select from our huge collection of unique and thought-provoking newsletters.
From time to time you will also receive Special Offers from our partners that help us make this content free for you. You can opt out of these offers at any time.
see our full list of newsletters
Editor's picks See all columnists