The Brave New World of Friendship 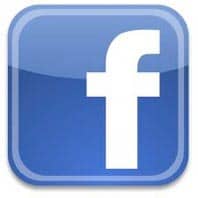 My mother knew how to cut to the heart of things.

"Remember, Gregory," she used to say, "You are who you walk with."

Grammar aside, there was something profound to that—at least, profound enough that after 40 years, it still sticks with me. On the one hand, she meant that people would judge you by the company you keep; on the other hand, she was also saying, "Be careful about the people you call your friends."

I thought about that the other day when I noticed, to my amazement, that my circle of "friends" has grown to a scale that's almost freakish: my Facebook page tells me I have nearly a thousand "friends." Most of these are people I've never met, or spoken to, or corresponded with or had any contact with. For one reason or another—through the Church, or my blog, or through friends of friends of friends—they wanted to be part of my little social network.

The Internet is a wild and unpredictable place, and determining just whom you know, and how, can be tricky. "Friendship," as we define it today, is elusive and elastic.

Last year, I found myself sitting beside a deacon from a neighboring diocese at the ordination of priests for the Diocese of Brooklyn. At one point in the ceremony, he turned to me to strike up a conversation, and introduced himself. I said hello and mentioned my name. "Oh yeah!" he said expansively. "You're a friend of mine on Facebook!"

I'd never seen this guy before in my life.

He explained that he'd been a longtime reader of my blog and taught at a school in Brooklyn. We were both pleased to make a personal connection that, until that moment, had been purely electronic. But I couldn't help but think: that's what passes for "friendship" in the 21st century. Strangers are now friends. How'd that happen?

I can remember birthday parties when I was a kid, and struggling to come up with even a dozen people to invite. I was not the most outgoing boy, and on the small side, and I tended to be the last one picked for any team involving a ball, a bat, a goal post, or any skill that might be described as remotely athletic. I liked to engage in more solitary pursuits, like reading. So my friends tended to include kids with similar inclinations - the kind of boys prone to carrying briefcases to school instead of book bags, and the kind who were easy targets at recess.

Now, 40 years later, I have more friends than I know what to do with.

In fact, I have more friends than I know, period.

Of course, friendships aren't the only relationships that are being redefined. As the New York Times indicated the other day, the age of sperm donors and petri dish-parenting has created a twisted family tree where cousins can be siblings and strangers might become your daddy. What does it mean to be a "family"? Since it can mean almost anything, it's almost meaningless.

We're going to have to find new words to describe this brave new world, because our venerable, biblical notions of mother, father, sister and brother just won't do anymore.

Even our notions of "husband" and "wife" are being radically rethought, as the very idea of marriage gets reconstituted, reinterpreted and revised. What we once held to be uncontestable for 5,000 years is now up for debate; a notion that held firm for multiple millennia has been tossed out the window in the span of a generation.

Where will this lead us?

My mother, I'm sure, would know. "You are who you walk with, Gregory," she'd say, waving her spatula at me.

The horizon is murky. But the direction seems clear. We're walking with virtual strangers into a re-imagined world—one where everyone is a friend and where anybody can be related to anyone, in any way they want, for whatever reason they want. What was sure is uncertain, and what seemed logical and true can now be molded into whatever shape we find most pleasing. Relationships are as malleable as putty.

Call that new world "brave" if you want.

I can't help but find it a little bit frightening.