July 07, 2011 by Marcia Morrissey
"Like" the Patheos Catholic Page on Facebook to receive today's best commentary on Catholic issues. 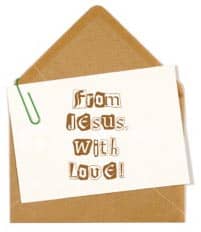 In this economy, with so many people are going through difficult times, all of us want to help. But how can we do that while being respectful of the dignity of those in need?

A couple of weeks ago a friend of ours called to say that he might be moving out of state. That was a surprise, and I asked if this was a good thing. He said it really wasn't. His kids are here. He had been through a very ugly divorce a few years ago, and has been underemployed for a long time. He has been living in his cousin's home, but as the house is now being foreclosed on, that must come to an end. Distant family offered for him to come and work for his uncle on a farm. But as you can imagine, with his children all here, his decision isn't easy.

We have tried to help out over the past few years, but I know that while he appreciates our intentions, it can be uncomfortable. When you're down, help isn't always easy to accept, especially if one has always been a self-reliant, hardworking type.

Ed and I tried to think of a way for him to be able to stay in the area to be close to his children. Ed offered for him to stay with us while he decides what to do long term. Our friend—I'll call him Roy—seemed touched by what we offered, but said he had a lot to think about as he helped his foreclosed-on cousin move out of state, and that he would call us.

It is one thing to give money to church, food to a food shelf, or donation to another worthy cause—which are all very good and necessary. It is not as easy to give or receive charity when it is personal. I know this firsthand, and try to remember to always keep the feelings of those we help in mind. Most want to be able to take care of themselves, and it isn't easy to do unto others as you would have them do unto you (Matt 7:12).

When I was divorced, and a single mother, I was on an extremely tight budget. I didn't make much, and had to stretch every penny. At the grocery store, I would have only so much money that I could spend, and no more. I got very good at keeping a running tally in my mind, rounding up the dollar amount of everything I put in my basket. When I got close to the amount that I could afford to spend, I stopped shopping, or put back some things if there were more important items that I still had to buy.

The clerks at my store all knew me with my Guide Dog, and they would ask me when I would check out, "How much today, Marcia?" It was almost like a game, and they were always surprised at how close I was to the exact amount of my bill. There were some months that I literally had only $5-10 left before I would get paid again. It often came down to the wire. It was enough, but just barely.

One time, I came home with a friend and asked her if she had time to go through my mail with me. I could do everything else, but reading the mail was beyond me. My son was too young to read it for me, and so it would pile up until I could have someone come over to go through it with me. She said that she did have time, and we started to read through it and pay bills. She came across a door hanger that I had put into the mail pile. It was a disconnect notice for a utility bill I had somehow missed, and the deadline was that very afternoon!

Just that morning, at the Bible study I attended, I had found a card on my chair. Inside was $80 in cash. The card was signed, "With love from Jesus."

That was all it said. It was left for me anonymously. The bill I had to pay that very day was for almost the exact amount! The person who gave me that card with that cash inside never knew, but the Lord did! He provided in a way I will never forget. That was a lesson on total trust and dependence on His provision for my every need. My friend and I drove to the office, and I had the money to pay that bill within a couple of hours of the cut-off time!

The words in the Lord's prayer—"Give us this day our daily bread"—became very literal for me. I learned total dependence on God for His provision for our daily needs. In that way, I don't regret those years. It taught me that everything I have is a gift and that He will provide.

It was a humbling experience, but one I will never forget. Now that I am able to give back, I am even more aware of the needs of others and how best to help while being respectful of how they feel in that position.