Leading, Four Generations at a Time

There are two lies we tend to believe at pivotal seasons in life. Both can limit us tremendously. Both keep our lives smaller than they are supposed to be. One is the lie we believe when we are young: that "I really don't need to listen to older people; I can take care of myself." The second is one we too often believe when we are older: that "No younger person will really want to hear anything I have to say." These two deceptions cause us to miss incredible opportunities both to gain and to give support, encouragement and even direction. These lies keep us from living "generation to generation."

Generational distinctions characterize different age groupings in our communities and churches today. Sociologists and anthropologists tell us that at least four generations presently exist, each embracing a unique worldview that affects its behavior and decision-making. They are often categorized thus:

These are the groups that comprise our churches, communities and businesses. They're often as distinct as ethnic groups in their values, perceptions and practices. In an attempt to better understand these generations, I decided to meet with a cross-section of the members of my local church to ask them a few questions.  Here's a sample of our dialog that day:

First Question: "What hero has your generation looked up to? Who is someone you really respected and wanted to be more like?"

A Builder: "General Dwight Eisenhower, the leader of our troops in World War II."

A Bridger: "Honestly, our generation doesn't really have any heroes. All of our 'heroes' are entertainers and celebrities. And, I guess we don't really expect any of them to have integrity."

Second Question: "What technological invention has had the greatest impact on your generation?"

A Builder: "ELECTRICITY!" (Yes, one octogenarian in the group enthusiastically remembered electricity first coming into her neighborhood as a young girl!)

A Buster: "The Computer and the Internet."

Talk about differences! From Eisenhower to Paris Hilton, from the first signs of electricity in the neighborhood to social networking on your iPhone, the differences are so profound that they could potentially divide us in our churches and communities and workplaces if we don't seek to acknowledge and better understand them.

Generation to Generation: A Life Linked

Instead of merely being divided by the generational differences, the Biblical record presents a pattern revealing that God wants us to live lives that are linked; lives connected to the generations before, around and coming after us. The Bible actually has much to say about living life "generation to generation." A few vital life principles stand out:

One of the best examples of a connected life in the New Testament was the Apostle Paul. If there was one thing Paul never did, it was live his life or do his work alone. Paul was connected to other generations and it multiplied the effectiveness of his ministry.

The First Practice of living the linked life can be seen in Paul's young protégé in ministry, Timothy. Timothy was most likely an impressionable teenager when he first met the Apostle in his hometown (Lystra), where Paul introduced the Gospel. Timothy honored Paul, an elder to him in age, by being teachable. This commitment to honoring the older generation opened doors for Timothy. On Paul's Second Missionary Journey, Timothy joined his mission team and it appears that he eventually became the pastor of the Church at Ephesus.

Mandaeans in the News
James McGrath
2 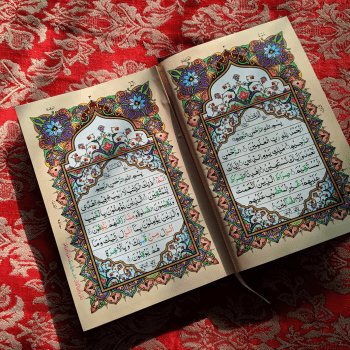 Women Religious Are Speaking Out Against Voter Suppression. Why Not The...
Brian Fraga
4

7 Easy Ways to Act Like You Meant It When You Said "I Do
Sheila Qualls
Get Patheos Newsletters
Get the latest from Patheos by signing up for our newsletters. Try our 3 most popular, or select from our huge collection of unique and thought-provoking newsletters.
From time to time you will also receive Special Offers from our partners that help us make this content free for you. You can opt out of these offers at any time.
see our full list of newsletters
Editor's picks See all columnists