It was the great nineteenth-century American revivalist, Charles Grandison Finney, who invented the altar call—that practice whereby people stirred by the gospel physically step up at the end of a revival meeting to publicly exhibit their commitment to Jesus. For Finney, however, the altar call was much more than a public, bodily exhibition of belief. Reportedly, the main reason Finney came up with the altar call was so that he could sign up new converts at his revival meetings to assist with his anti-slavery campaign. Finney asserted that revival wasn't revival unless it changed the society in which it occurred.

After mentioning Finney in a recent sermon, I received an apoplectic email from one of our elders. "How could you cite Charles Finney as anything but a fraudulent huckster?" Did I not realize that Charles Finney had laid the groundwork for the abuses of televangelism and shallow celebrity-Christianity that so disgrace the gospel? Did I not realize that it was Finney who paved Christianity's downhill slide into a pop religion devoted to success-driven maximizing of self-potential rather than a sacrifice-driven minimization of self for the sake of God and neighbor? Did I not realize that it was Finney who manufactured revivals as mass-appeal products of proper technique rather than as divine visitations? Because of Finney, this man believed, churches are no longer evaluated by the fruit of transformed lives, but only by attendance figures, building sizes, budget amounts and whether or not you've been mentioned by the New York Times.

The Times ran an article about Houston's Lakewood Church when they moved into the Compaq Center. After $95 million in renovations, including two waterfalls and enough carpeting to cover nine football fields, the former home of the NBA Houston Rockets now belongs to the nation's largest congregation of 30,000 people and a TV audience of millions more. Lakewood took in offerings of $55 million last year and, like many new evangelical churches, their building has no cross, no stained glass, and no other religious iconography. Instead, there's a café with wireless Internet access, 32 video game kiosks, and a vault to store the tithes. Sixteen thousand black, white and Latino worshipers, some of whom arrive three hours early, show up for the first service. Lakewood's smiling pastor, Joel Osteen, himself the author of a New York Times bestseller entitled Your Best Life Now, preaches how the Bible's principles will work for anybody. "I talk about things for everyday life," he says, "I don't get deep and theological...You must choose to be happy today."

It's easy to criticize Lakewood—or Saddleback or Willow Creek or any of their thriving clones—as having caved into American culture. Walking into their services is not that different from walking into any entertainment venue or shopping mall. But aren't these super-megachurches merely following the dictates of the apostle Paul himself in 1 Corinthians 9? "I have become all things to all people so that by all means I might save some." Why should the church not employ every tool at its disposal if the result can be a more populated kingdom? Shouldn't we pull out all the stops in order, as Paul put it, "to win as many as possible?"

I used 1 Corinthians 9 as rationale for starting a contemporary worship service. Back then, few among our church leadership could imagine permitting the devil's rock music inside our historic sanctuary. Guitars and drums? Marketing surveys? Multimedia? Sarcastic sermons? Just bury me now! But you know, it worked. Church attendance increased more than twenty fold—just like Charles Finney said it would.

On October 10, 1821, Charles Finney was a 29-year-old upstate New York lawyer wrestling internally over the status of his soul. America was in the throes of what has since become known as its Second Great Awakening, a period of religious fervor during the antebellum years of the 19th century. Finney decided that he needed to square things with his Maker, so we went off into the woods in search of a divine encounter. He knocked and the door was opened to him. "The Holy Spirit seemed to go through me body and soul," Finney later reported. "I could feel the impression, like a wave of electricity, going through and through me. Indeed it seemed to come in waves of liquid love, for I could not express it any other way." The next morning, Finney shocked a client whose case he was scheduled to argue in court. "I now have a retainer from the Lord Jesus to plead his cause," Finney said, "so I cannot plead yours." 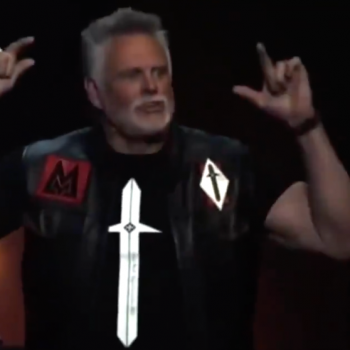 COVID-Denying Christian Pastor: Our Nation is "Being Run by a Bunch of...
Hemant Mehta
2 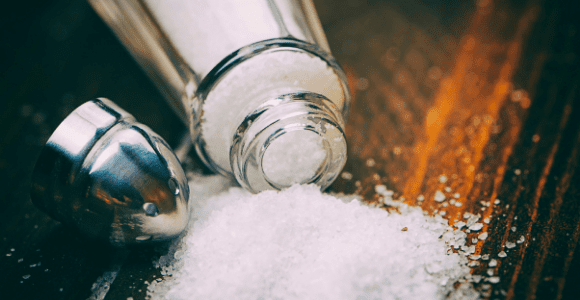 7 Ways to Help Your Teenager Cope With Your Divorce
Terry Gaspard
Get Patheos Newsletters
Get the latest from Patheos by signing up for our newsletters. Try our 3 most popular, or select from our huge collection of unique and thought-provoking newsletters.
From time to time you will also receive Special Offers from our partners that help us make this content free for you. You can opt out of these offers at any time.
see our full list of newsletters
Editor's picks See all columnists