It took 140 pages before you used the word "vulnerable" and I find that interesting. Since Dr. Brené Brown's TED video went viral, vulnerability has been something I've been thinking about a lot. As humans we've been taught that vulnerability is somehow un-modern and unhealthy, and Pagans who have been burned by former faiths can have issues with being spiritually vulnerable. Do you think vulnerability is the answer to loneliness?

I had to watch the video before answering this question. If I understand Brown's work correctly, she describes vulnerability as the willingness to be oneself and to present oneself to others in an authentic way, even at the risk of judgment and rejection. In this sense there are similarities between her views about vulnerability and my views about courage and revelation.

I also appreciate how she correlated vulnerability as a social phenomenon to obesity, addiction, debt, and prescription drug dependency. I too found that such things were serious problems in our lives. Where I think her work and mine might diverge somewhat, is only in the different approaches to the problem: she is a social scientist and I am a philosopher. Where she is describing a personal and psychological mode of behavior as the solution, I would like to describe something existential and in some sense metaphysical. Hence the answer to the problem of loneliness, as I see it, is in the other half of my book's title: revelation. We must be willing to present ourselves to others, as who we really are, in the hope of creating a shared presence. As I state on page 133: ". . . .my questions become: Who are you, and who am I? Do I know who you are? Do you know who I am? Do we see each other clearly? For if we do, and if we take time to look closer and see the Revelation, we can enter into conversations, dialogues, and relationships with each other. And eventually we can create a shared way of being in the world."

You talk about how isolating modern society has become. Do you think it's important for people today to re-explore the tribal and familial structures of the past? To revisit the idea of being interdependent rather than independent?

I'm a fan of Iron-age mythology, and those stories make the social and relational foundation of all our moral values very clear. I've shown that in a previous book of mine, The Other Side of Virtue. The heroes of ancient times had to deal with the same basic problems that we have to deal with: the instability of fate and fortune, the difficulties that come with social or political power, the inevitability of death. A straightforward revival of Iron-age community values is probably impossible: it might include some practices that are obviously repugnant, such as the blood feud. But it may help remind us of the importance of friendship, family solidarity, and community togetherness, when dealing with our most basic problems.

Your book seems to model a sort of "Positive Existentialism." I find Existentialists like Camus to be rather dour and bleak, and I really found your approach to Existentialism inspiring. Do you think Paganism could prove fertile ground for a new perspective on Existentialism?

Certainly, yes. Some existentialists may seem to take away a sense of hope, but certainly not all of them do. Sartre, in a short text called Existentialism Is a Humanism, wrote that the issue with existentialism is not its pessimism but the sternness of its optimism. Religious existentialists, such as Kierkegaard, called for a dramatic "leap of faith into the arms of God." My work could be called existentialist in the sense that it calls for a rigorous look at the actual condition of human existence.

And like the existentialists, my work also claims that the essence of things emerges from existence, and it isn't existence that emerges from essence. If loneliness is part of our essence, that is, our essential nature, that is only because of the way, in practical terms, we actually exist, that is, the way we move and work and live in the world. But the means to escape from the crisis of loneliness, which is revelation, also emerges from our practical way of being in the world. It involves courage, honesty, and trust when we reveal ourselves to each other.

Do atheists have a nihilistic worldview?
Bob Seidensticker
2 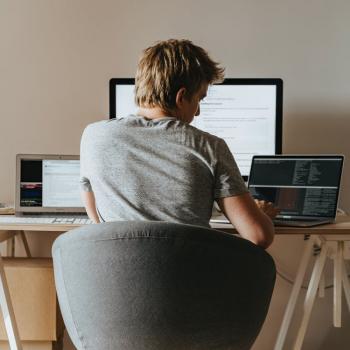 Virtual Brainstorming for an Innovation Advantage for Hybrid and Remote Teams...
Gleb Tsipursky
4 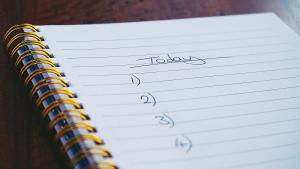 About Star Foster
A hopeless movie junkie, Star Foster believes that good movies are the mythic narratives of our times.
Get Patheos Newsletters
Get the latest from Patheos by signing up for our newsletters. Try our 3 most popular, or select from our huge collection of unique and thought-provoking newsletters.
From time to time you will also receive Special Offers from our partners that help us make this content free for you. You can opt out of these offers at any time.
see our full list of newsletters