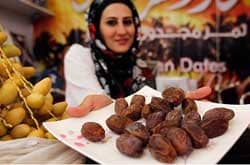 What is important to know about Ramadan?
Ramadan (also written as Ramazan, Ramzan, Ramadhan, Ramdan, Ramadaan) is the ninth month of the Islamic calendar. It is the Islamic month of fasting, in which participating Muslims refrain from eating and drinking from dawn until sunset. Fasting is meant to teach the Muslim patience, modesty and spirituality

Ramadan is a time for Muslims to fast for the sake of Allah and to offer more prayer than usual. During Ramadan, Muslims ask forgiveness for past sins, pray for guidance and help in refraining from everyday evils, and try to purify themselves through self-restraint and good deeds. As compared to the solar calendar, the dates of Ramadan vary, moving backwards about ten days each year as it is a moving holiday depending on the moon. The Islamic calendar follows a lunar cycle. Ramadan was the month in which the first verses of the Qur'an were said to be revealed to the Prophet Muhammad.

How did Ramadan start? Are there any saints or Prophets attached to the tradition?
Ramadan, which is one of the five pillars of Islam, has been a part of the faith pretty much since its beginning. Ramadan is a call from Allah, and is not a requirement that comes from the Prophet Muhammad or any particular religious figure.

When will Ramadan start? When will it end?
All Islamic months begin with the sighting of the new moon. Different communities follow different protocol for the sighting of the new moon of Ramadan—some wait to actually see the new moon where they live, signifying the start of the holy month. But other Islamic organizations and shura councils have taken it upon themselves to rely upon scientific calculations of the lunar cycle to determine when a new moon will be.

Similarly, the end of Ramadan comes when the new moon signifying the next Islamic month (and the end of Ramadan) is seen. Again, various Islamic organizations have declared when Ramadan will end based upon scientific calculations. Because Muslims follow a lunar calendar, their calendar shifts by 10 days every year, which means that some years fasting occurs during long, summer months, and other years fasting occurs during the short daylight hours of winter months — depending on where you live.

The Fiqh Council of North America offers dates for the start and end of Ramadan based on scientific calculation. The debate between predetermining the start and end of Ramadan and actually sighting the new moon is one that is waged every year in Muslim communities around the world, sometimes resulting in Ramadan starting and Eid being on different days within a single city or community (if the mosques in that city follow varying protocols).

What is the significance of fasting in Ramadan?
The most prominent physical event of this month is fasting. Every day during the month of Ramadan, Muslims around the world get up before dawn to eat a meal called sahur (or sehri or sahari), and then they perform the fajr prayer. Muslims must stop eating and drinking before the call for prayer starts for the first prayer of the day—fajr. Fasting lasts until the fourth prayer of the day, maghrib, which occurs at sunset. When the sun sets, that is when Muslims break their fast. Muslims break their fast with a meal called iftar. Muslims may continue to eat and drink after the sun has set until the next morning's fajr prayer call. Then the process starts all over.

Ramadan is a time of reflecting and worshiping God. Muslims are expected to put more effort into following the teachings of Islam and to avoid obscene and irreligious sights and sounds. Sexual activities during fasting hours are also forbidden. Purity of both thoughts and actions is important. The fast is intended to be an exacting act of deep personal worship in which Muslims seek a raised awareness of closeness to God.

The act of fasting is said to redirect the heart away from worldly activities, its purpose being to cleanse the inner soul and free it from harm. It also allows Muslims to practice self-discipline, self-control, sacrifice, and empathy for those who are less fortunate; thus encouraging actions of generosity and charity (Zakat). Fasting also reminds Muslims of all they are blessed with and teaches them to be thankful to God for their blessings and give charity.

Are any Muslims exempt from fasting?
Muslims should start observing the fasting ritual upon reaching the age of puberty, so long as they are healthy, sane and have no disabilities or illnesses. Many children and their parents also make the decision to begin fasting based on when Ramadan occurs—in the U.S., fasting during the winter months is much shorter than during the summer months. Also, children often ease into fasting—doing a few during their first Ramadan and eventually fasting for the entire month in the next year's Ramadan. Fasting is not meant to be a burden, and thus parents and their children decide how best to begin fasting and the ideal age.