Editor's Note: This is the second part of a two-part series on the life of John Henry Newman. Read Part One here.

As a newly minted Roman Catholic, John Henry Newman had no immediate prospects before him. Catholicism was unfamiliar terrain. Attending his first Masses, he didn't completely understand them, but a belief in Christ's Eucharistic presence sustained him:

[A]fter tasting of the awful delight of worshipping God in His Temple, how unspeakable cold is the idea a Temple without that Divine Presence! One is tempted to say "What is the meaning, what is the use of it?" It was that 'Great Presence' which made a Catholic church different from every other church in the world.

He wanted to continue in ministry, within a religious community. In the Oratorians he found a happy balance between community life and individual initiative, between scholarship and pastoral work. Founded in 16th-century Italy by St. Philip Neri, members lived in communities known as Oratories, literally "houses of prayer."

As a priest, Newman opted to work with the poor, "in the midst of the mechanics." He chose Birmingham, a large industrial town, to start an Oratory. He stayed there for the rest of his life, lecturing, writing, and doing parish work. Although Newman wrote prodigiously, he didn't live in an ivory tower.

His Idea of a University (1851), a series of lectures on higher education, is still a standard in the field. The Essay on the Development of Christian Doctrine (1845), written just before his conversion, shows the Church as a living, growing body, rather than a static institution. His published lectures and sermons are still in print. An Essay in Aid of a Grammar of Assent (1870) laid out a framework for religious belief.

His early years as a Catholic weren't easy. While former colleagues called him a traitor, many Catholics considered him a closet Protestant. During the 1850s, an ex-priest whose misdeeds he had chronicled sued him for libel in a highly publicized case, and won. Newman was named to head an Irish Catholic university that never got off the ground. As editor of The Rambler, an independent Catholic journal, he advocated the role of the laity, which got him in trouble with conservative bishops.

At one point Newman wrote, "O how forlorn and dreary has been my life ever since I have been a Catholic!" At times it seemed "nothing but failure." He felt that his earlier Anglican writings "had far greater power, force, meaning, success, than my Catholic works—and this troubles me a great deal." At the same time, however, he felt he would be a "consummate fool" to "leave a land flowing with milk and honey" for "confusion."

When minister-author Charles Kingsley attacked him in print as a liar, Newman used the opportunity to defend his conversion, still a point of controversy after twenty years. His Apologia Pro Vita Sua ("Apology for His Life") traced his spiritual journey. It was quickly acknowledged as a classic in religious autobiography.

The book did much to dispel anti-Catholic prejudice, for it showed that Catholics were human beings who cared for the truth too.

But Newman was still suspect among conservative Catholics. During the First Vatican Council (1869-1870), Pope Blessed Pius IX formally declared papal infallibility, a move intended to reassert his spiritual authority in a secularizing world. Newman was among those who considered the declaration "inopportune," further alienating the Church from the modern world. Although be ultimately supported the declaration, he operated under a cloud with his superiors. 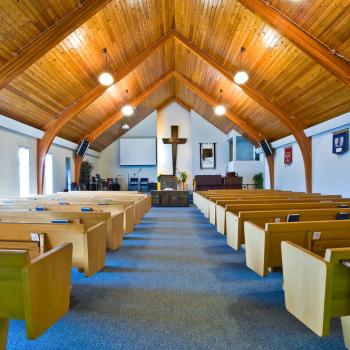 The Episcopal Church Is Dying. Should We Be Upset About This?
Beth Stoneburner
2 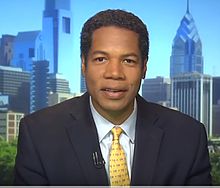 Stuttering and God
Gerald McDermott
Get Patheos Newsletters
Get the latest from Patheos by signing up for our newsletters. Try our 3 most popular, or select from our huge collection of unique and thought-provoking newsletters.
From time to time you will also receive Special Offers from our partners that help us make this content free for you. You can opt out of these offers at any time.
see our full list of newsletters
Editor's picks See all columnists