Sex and Christianity, Part I

July 11, 2011 by Tim Muldoon
"Like" the Patheos Catholic Page on Facebook to receive today's best commentary on Catholic issues. 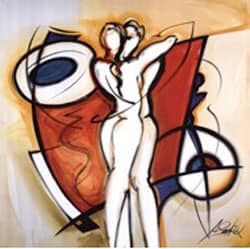 This week begins what will be a regular (though not necessarily weekly) feature of Culture at the Crossroads: an in-depth exploration and critique of Western attitudes toward sexuality. Spoiler alert: those looking for salacious commentary will be disappointed!

I am interested in exploring one of the most basic elements of the human condition, one which has provoked perhaps the greatest hemorrhages in cultural and political life over the past century (not to mention the broad sweep of history):

You'll notice that nearly all these questions can be asked by anyone. As a Catholic theologian, though, I want to add questions that are of particular interest to those who profess Christian faith in a pluralistic world, the most basic of which is this: what does our faith demand of us in sexual matters?

The Catholic Church is directly in the crosshairs of many who advocate for major change in our understanding and practice of sexuality, and so I'll be exploring the critiques of Catholic teaching over the past several decades, with an eye to the big picture: namely, the question of how to live as individuals and members of communities.

In the interest of full disclosure, I'll present a working hypothesis that is guiding research into a book I'm working on at present, tentatively titled Sex Love God. The hypothesis is rooted in the work I've done in Ignatian Spirituality (examples here, here, and here), that branch of the Christian spiritual tradition rooted in the Spiritual Exercises and other writings of Saint Ignatius of Loyola.

The hypothesis is as follows. Human beings are each uniquely created by God to praise, reverence and serve God, and so all their desires are rooted in this fundamental orientation, known in the tradition as a "vocation" or calling to become the person God has created us to be. Because of the complexity of human life, a mishmash of competing voices, incentives, objects of desire, noble goals, imagined outcomes, confused directions, and so on, it becomes difficult to distinguish or discern which desires are worth listening to. For much of human history, it was fine to just go along with the crowd, because one generally lived amidst families and clans who guided one through rites of passage into social roles that redounded to a common good.

In modern times, though, with greater mobility and access to a complex world through modern communications and advertising, the previous models and guides are insufficient, leading many people to bewilderment about how to discern which desires are worth listening to. And increasingly, amidst pluralism and interreligious and nonreligious currents of thought, people have lost the provincial certainty that characterized earlier epochs of history. People don't know what to believe. And lacking a belief which gives structure to all other beliefs, the way religions have done in the past, people have no way to make judgments about which desires are more important than others, and they fall into patterns of responding to the most immediate desires, one of the most powerful of which is sexual desire.