Thomas Verner Moore and the Carthusians

July 25, 2011 by Pat McNamara
"Like" the Patheos Catholic Page on Facebook to receive today's best commentary on Catholic issues. 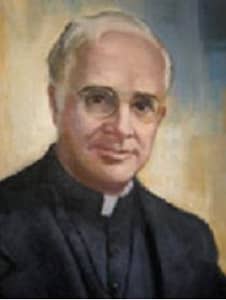 High in a mountain valley in southern Vermont lies an estate of several hundred acres occupied by a group of Catholic monks known as the Carthusians, founded in Medieval France and named for the Chartreuse Valley where they began. Known as the "Marine Corps of monastic orders," they live in complete isolation from the world in the strictest of silence, pursuing a purely contemplative existence. Their daily schedule has changed little since their founding, and modern innovations have little place therein. (Recently they were featured in the award-winning documentary Into Great Silence.)

The Vermont monastery, the Charterhouse of the Transfiguration, is the sole Carthusian community in North America. Its founding was the work of a remarkable priest named Thomas Verner Moore (1877-1969), an accomplished psychiatrist and academic who founded two monasteries. A member of three different religious communities during his lifetime, Moore's journey was a slow progression from the active apostolate to the contemplative life.

The son of a Confederate veteran, Moore was born in Louisville, Kentucky. Named for his grandfather, a famous Presbyterian minister, he was baptized Catholic, in his mother's faith. After his father's early death, the family moved to New York City, where Thomas studied at Fordham. While he considered joining the Jesuits there, he was more attracted to the Paulist Fathers, a community devoted to working with non-Catholics. After briefly working in business, he joined them.

After his ordination in 1901, Father Moore earned a doctorate in psychology at Washington, D.C.'s Catholic University of America, where he would teach on and off for nearly fifty years. While teaching is not a major feature of Paulist ministry, the community had taken an active role at Catholic University from the start, providing some of its early faculty, and they continue to maintain a strong presence on the campus to this day.

After working in campus ministry at the University of California, Berkeley, Moore finished a medical degree in psychiatry at Johns Hopkins University. As his biographer Benedict Neenan notes, he considered scientific research and activity a "field of apostolic labor" with direct pastoral application. During World War I, he served in the U.S. Army's Medical Corps, working with shell-shocked soldiers in France. He was the first Catholic priest to serve in the American military not as a chaplain.

A committed physician and scholar, Moore also had a deeply contemplative bent that he wanted to pursue further. The war seems to have increased his monastic interests, but Neenan notes there "was always something of the monk" in him. Moore was looking for a greater balance between prayer and scholarship than he felt the Paulists could offer.

He found his answer in the Benedictine community, whose motto is Ora Et Labora ("pray and work"). Since the Middle Ages, the Benedictines balanced a love of learning with a rich communal prayer life. In his late forties, Moore left the Paulists to undergo monastic training in Scotland. Back in America, he founded St. Anselm's Abbey near the Catholic University campus. He continued teaching there, and he headed the psychiatry and psychology department.

During his long academic career, he would write over twenty books, many of them dealing with the relationship between religion and psychology. At a time when many Catholics were skeptical of the new science of psychology, Moore set out to show that science and religion were not incompatible, but could reinforce and help one another. Another focus of his research was child psychology, and he was particularly interested in working with developmentally disabled youth.

In 1947, at age seventy, Moore retired from Catholic University. For several years he had felt a call to live the contemplative life more deeply, so he applied to the Carthusians, the strictest of all monastic orders. There were none in the United States, however, so he applied to a Spanish charterhouse. When he left the United States to begin his training, he never expected to return home again.