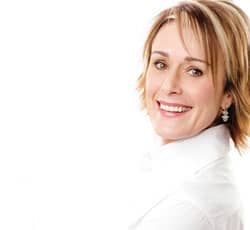 Sheila Walsh is a powerful communicator, Bible teacher, and best-selling author with more than 4 million books sold. A featured speaker with Women of Faith®, Sheila has reached more than 3.5 million women by artistically combining honesty, vulnerability, and humor with God's Word.

Author of the best-selling memoir Honestly and the Gold Medallion nominee for The Heartache No One Sees, Sheila's most recent release, The Shelter of God's Promises, has also been turned into a DVD curriculum and in-depth Bible study. The Gigi, God's Little Princess book and video series has won the National Retailer's Choice Award twice and is the most popular Christian brand for young girls in the United States.

Sheila co-hosted The 700 Club and her own show Heart to Heart with Sheila Walsh. She is currently completing her Masters in Theology.

Other works by Sheila: http://www.thomasnelson.com/consumer/AuthorDetail.asp?CreatorID=1102&name=Sheila_Walsh