Are Jews Hung Up About Memory?

On an eastward sweep toward the Middle East, Napoleon, the story goes, stumbled upon a small synagogue from which came the most pitiable cries. Inside, members sat on the floor, crying. He inquired about the reason for their mourning, and was told that they had lost their temple. Napoleon was puzzled. His intelligence services were good. He had not heard of any calamity that befell this community. He asked when this temple of theirs had been razed, and was amazed to learn that the temple they mourned was the great Temple in Jerusalem, that had been lost some 1800 years ago. "A people which refuses to forget a Temple after 1800 years will surely see it rebuilt," he said.

This week, Jews will join the members of that small synagogue on Tisha B'Av, the ninth day of the month of Av. It is the national day of Jewish mourning, marking among many more calamities that began on the same day the destruction of both the First and Second Temples, the refusal of the biblical Israelites to enter the Land, and the expulsion of the Jews from Spain in 1492. Two hundred years after Napoleon marveled at the durability of Jewish memory, Jews are still mourning the loss of their Temple.

Not all are as kindly disposed to Jewish memory as Napoleon. Those who dislike Jews accuse them of remembering too much, of overly promoting memory of the past. Those who would like to see the dismantling of the Jewish State have recently taken to argue that Jews are incapable of running a modern state, because of their fixation upon memory. The argument goes something like this: Jews insure that successive generations do not forget their history, particularly catastrophes of the past. Others would have long let go, but not Jews. They prefer to keep alive memories of the Holocaust, thus creating future generations of Jews who won't trust anyone, and therefore cannot make peace. (The argument brings to mind the famous one-liner, "Just because I am paranoid doesn't mean that people aren't trying to kill me." Today's anti-Semitic cartoons, television, literature, and sermons throughout the Arab world are worse than they were in Germany in the 1930s. This doesn't make it easy for Jews to forget what it is like to have no place to run, no one to defend you. But what would I know? I'm paranoid.)

It is not only Jews who have a problem with memory. The last decades have equipped most of the Western world with two opposing memes regarding remembering and forgetting. On the one hand, we are taught to treasure the memories—at least the good ones. We are told to hold on to them through photos and picture frames and t-shirts and souvenirs. On the other hand, unhappy memories ought to be banished as quickly as feasible, which means as soon as we can achieve that magical sense of euphoria known as "closure." If this makes sense—and Jewishly it does not—turning memory on and off is not so easily achieved.

Religiously observant Jews will not try to forget. A great Chassidic leader of the last generation taught that the essential preparation for Tisha B'Av was in refusing to find closure in the loss of the Temple, even after two millennia. Accepting the reality of that loss would mean making peace with a world in which easy and instant connection with G-d was no longer possible. That instant connection, in a word, is what the Temple was all about. Such a world has to remain unacceptable to anyone who takes G-d seriously and knows the delight of closeness to Him.

Achieving closure about tragedies and losses of the past means that important lessons about those losses will go unlearned. Holding on to the past, even if painful, means that the past continues to inform the present and future.

A presentation a few weeks ago by a Canadian Muslim drove home the point to me recently. Tarek Fatah is a Canadian Muslim, thoroughly Westernized after leaving his native Pakistan. His first leanings were, in his words, "Marxist," although one would be hard pressed to find any orthodox Marxism in his presentations today. They focus more on stopping the march of Islamism at the gates of Vienna, Paris, London, D.C., and Ottawa.

A few weeks ago, he spoke powerfully to a gathering of young Canadians. Speaking without notes after a long hospitalization for cancer, he chided the audience for their blindness to the magnitude of the threat to Western civilization, which contributed so many of the values he and they cherish, and that clearly did not come from the universe of Islam. The Nazis, with enormous resources at their disposal, were defeated in four years. Why did it take ten to get Bin Laden?

"Because you are silent," Fatah grimly concluded. While his neighbors are loath to fix blame on Muslim extremism, Fatah dishes out blame easily—on Islamists, and on a cowardly, self-indulgent West. "The hockey game, the basketball match . . . are more important to us than the civilization we've inherited." He then continued, telling his audience that while they are reluctant to point a finger at Muslim extremism for fear of offending Muslims, it is primarily Muslims whom they allow to die in droves through suicide terror because they do not act effectively to quash it. 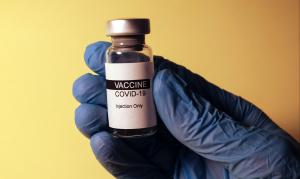 The Dilemma of the Week: Mandates and Mercy
Dr. Chip Roper
3 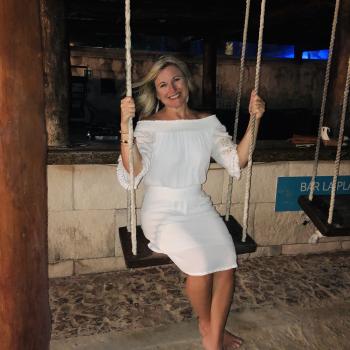 Was There A Demon Inside of Me?
Karen Ruth Shock
4