Caste Away: Reviewing the HAF Report and Finding Hope

Everywhere I go, I am haunted by the association of caste with Hinduism. Caste is so closely associated with the abhorrent concept of untouchability—that a person is not worthy of being touched based on the work that they do, because it is "dirty" or "polluting."

Based on discussions with other Hindus, I find that questions about caste posed by non-Hindus arise in almost any setting, and a proper response is only possible when people are comfortable enough to talk about religion and politics. Explaining the issue is rife with difficulty since it is an extremely complex social, political, and religious topic. These questions may come from a visitor to the temple, someone in the audience at a presentation to a community group by a university business school dean, a colleague at work at the water cooler, a parent of a child's schoolmate at a school function—when responses are expected to be quick and easily understood.

In December 2010, the Hindu American Foundation released a landmark report on caste, and not long after, I explained the value of the report in my column From Dalits to Divinity: A Hindu Solution. I also touched on the difficulty encountered in the intra-faith conversation, since there are many who do not agree with the value of the report.

Six months later, HAF has released an updated version of the report, with another round of reviews, with a wider circle of spiritual, academic, and community leaders. The initial release sparked off feedback and comments from around the world, and the report's revision took into greater consideration the impact that such a document has on Hindus in India, America, and the global diaspora—over a billion people. As the press release indicates, there are six key themes in this report:

Seminaries and academicians alike have reached out to HAF and plan to use the report as reference material in their classes, and a global conversation about the issue has begun. But the hopes that are outlined here in the report are what I want to focus on:

HAF is an advocacy organization, speaking to the rights and needs of Hindu Americans and Hindus around the world. As I talk with other Hindus about the report and especially about what initiated the update, I am excited to engage in the conversations within. A Hindu American like me, a young family friend, narrated an incident from her freshman year of high school. She was able to speak to her social studies teacher and explain that caste is not a Hindu concept, it's "an Indian problem"; the next time she has to do it, she will have the strength and the hopes of the report behind her. 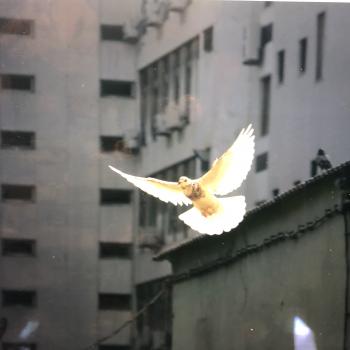 The Sexual Revolution Is Systemic
Gene Veith
Get Patheos Newsletters
Get the latest from Patheos by signing up for our newsletters. Try our 3 most popular, or select from our huge collection of unique and thought-provoking newsletters.
From time to time you will also receive Special Offers from our partners that help us make this content free for you. You can opt out of these offers at any time.
see our full list of newsletters
Editor's picks See all columnists