Well, there is a camel of a different color! And this call sends Moses off into a series of questions that have one purpose, namely, to get Moses off the hook of this preposterous command. It takes him only the blink of an eye, and the time to spit the sand out of his teeth, before he shouts, "Who am I that I should go to pharaoh, and bring the Israelites out of Egypt?" (Ex. 3:11). After all, God, I am a fugitive from Egyptian justice, and besides I have a wife and child and a steady job. YHWH calmly responds, "I will be with you; and this will be the sign for you that it is I who sent you: when you have brought the people out of Egypt, you shall worship God on this mountain" (Ex. 3:12).

YHWH may have thought the promise of the divine presence would be enough to convince Moses to buckle up and head southwest, but it clearly is not. "If I come to the Israelites and say to them, 'The God of your ancestors has sent me to you,' and they ask me, 'What is his name,' what shall I say to them?" First, who am I, and now who are you. The bush draws itself up to his full leafy height and intones in its best James Earl Jones voice, "I am who I am," or "I will be what I will be," or "I am what I will be," or something or other! The phrase is notoriously ambiguous, and surely that is part of the point. YHWH is not about to impart the whole of the divine name and identity to anyone, let alone this reluctant shepherd who is doing his best to weasel out of the call of his God.

"Tell them, 'I Am sent me;' that will convince them surely." Not bloody likely, thinks Moses, who immediately demands some magic to seal the deal. (I go beyond the lectionary limits, because one simply cannot read this story without finishing the dialogue between Moses and the bush.) "They will not believe me," he whines in 4:1, so YHWH offers some tricks to convince them—slithering serpent rods, cured leprous hands, and water into blood. That will do it, thinks YHWH. Not so fast, thinks Moses.

"O, YHWH, I have never been eloquent, neither in the past nor even now that you have spoken to your servant; but I am slow of speech and slow of tongue" (Ex. 4:10). In other words, I am a poor speaker and I have not gotten any better during this dialogue with your blazing bush either. Given what we hear from Moses, both before this scene and certainly after, this claim is patently false. There is nothing wrong with Moses' tongue, despite the long tradition that the lawgiver had some sort of speech impediment. And this obvious lie makes YHWH distinctly displeased! YHWH reminds Moses of just who offers speech and word to humans in any case, and in effect bids Moses to shut up (Ex. 11-12).

But Moses will have none of it. "YHWH, send someone else" (Ex. 4:13), he cries in desperation. It is then that YHWH offers Moses his brother Aaron, a mighty orator, to speak on Moses' behalf. YHWH has made the divine choice of servant and Moses is that choice, despite his foolish and lying excuses.

What are we to make of this unforgettable tale? The pattern is set for all future divine calls. From Gideon to Isaiah to Jeremiah to Ezekiel, God's call to service is regularly met with reluctance, recalcitrance, and lack of enthusiasm. Little wonder! God is forever calling persons to speak truth to power, to say things that most people have no desire to hear. And prophets have a way of dying at the hands of those they have been called to speak to. No, Moses is hardly Charlton Heston. He is, in fact, you and me—less than eager to speak the truth, more than eager to leave the task to someone else. But sometimes, the task is ours and only ours, and we, and only we, must be the agents of God. 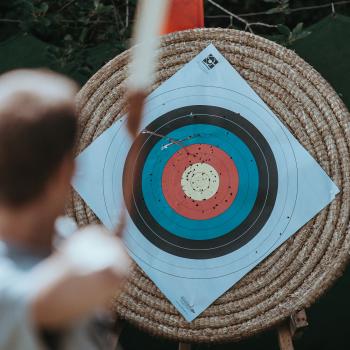 The First Steps to Changing Your Life
Willis Joey
3 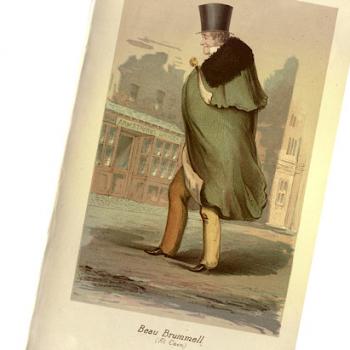 Beware the Dilettante: How Luxury Can Keep Us From Wisdom (Phaedrus)
John Mark N. Reynolds
4

Guest Post: A Letter from a TLM Catholic Who Stands with BLM
Elias Crim
Get Patheos Newsletters
Get the latest from Patheos by signing up for our newsletters. Try our 3 most popular, or select from our huge collection of unique and thought-provoking newsletters.
From time to time you will also receive Special Offers from our partners that help us make this content free for you. You can opt out of these offers at any time.
see our full list of newsletters
Editor's picks See all columnists