My Kind of Feminism: Sex and Christianity, Part 4

August 01, 2011 by Tim Muldoon
"Like" the Patheos Catholic Page on Facebook to receive today's best commentary on Catholic issues. 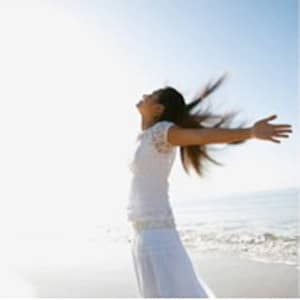 Over the past two weeks my family and I have been traveling throughout China as part of a heritage tour to introduce my two Chinese daughters to their land of birth. Part of that trip included a ceremony hosted by the Chinese government to officially welcome this group, mostly girls. It has been a remarkable experience.

Many couples in China have a birth preference for boys, a point made frighteningly clear in a new book by the Chinese author Xinran. She has narrated how many Chinese families have made difficult choices to abandon their daughters, with many hoping that families from the West will adopt them to give them a better life. It is painful, as an adoptive parent, to know that our happiness as a family is predicated in part on such choices. But it is heartening to know that the Chinese government has reached out to welcome their lost daughters. There is a "red thread" that has connected our families to China, and in particular to the other girls still in the orphanages we recently visited, where our daughters spent the first months of their lives.

The need for feminism is real. History and contemporary experience teaches us that girls and women are perpetually in danger of being marginalized and controlled by boys and men, both in developing countries and in the West. For example, Mara Hvistendahl's new book shows that there is developing a dramatically skewed sex ratio in certain parts of the world. Moreover, girls and women are still subject to serious manipulation through practices of sex trafficking and other forms of exploitation.

Yet feminism is floundering among young people in the West because it has become associated with an unrealistic modern attitude toward sex. My women students, for the most part, do not want to be called feminists, wary that it might suggest a cluster of convictions that they do not share: gender differences are purely social inventions; abortion and contraception are necessary for women's freedom; corporate leadership is a good measure of gender equality; sexual experimentation is an important part of self realization; and a number of others.

It is important to rescue advocacy on the part of girls and women from such skewed views of sex. The key question is not "How can we ensure the equality of men and women?" Such a question arises from modern liberalism, which wants to locate freedom in autonomy: if men get to do whatever they want, then women should too. If men have historically been able to have any kind of sex they want, then women's control of their fertility should enable them to do the same. Contraception, abortion, divorce, and maternity leave and sex discrimination policies appear to do the trick.

Many forms of modern feminism assume male sexuality as a given, and want women to catch up to it. I want to reverse the movement: instead of wanting women to catch up to male patterns of sexual expression—expressions which are themselves often artificially inflated because of consumer driven desire—we ought to be wanting to release both men and women from false desires for sex and power. The freedom of women is not to be found in sexual autonomy. In fact, the freedom of men isn't in sexual autonomy either, because such an idea removes sex from the context of interpersonal love and family-making. When sex is about power rather than self-transcendence in love, people get hurt.

Instead, freedom consists in the cultivation of a life lived in practicing love. Love is what moves us to realize our deepest desires, to be who God has created us to be, to reach for great and noble goals, to serve purposes greater than ourselves, to stretch our notions of ourselves beyond what we are capable of imagining in our limited, small worlds.