We Need a Better Story

We tell ourselves stories in order to live. So says Joan Didion in her essay "The White Album." The essay, one of my favorites, tells the story of when Didion lost the narrative of her own life in the midst of the turmoil of the sixties. This past Sunday, Drew Westen, a professor of psychology at Emory University, wrote in the New York Times that President Obama has similarly lost the story.

The op-ed, which has been subject in near equal parts to scrutiny and praise, posits that many of the problems that the United States is facing relate to the president's failure to tell a compelling story about our past, present, and future; we need bad guys and heroes, but in this political climate, it's difficult to tell who's who.

This may be over simplifying the problem, which is what many of Westen's critics accuse him of, but there is a great deal of truth in the assertion that the lack of a strong narrative is responsible not only for our financial troubles, but for many of the issues wreaking havoc around the world.

It is tempting—for those of us who are prone to armchair philosophizing—to consider whether this is the necessary result of a postmodern incredulity toward metanarratives, as defined by the French philosopher Jean-François Lyotard. But what we're talking about here, what we're truly lacking, isn't a metagrand narrative, like the kind Lyotard rejected, but smaller, more local narratives that we can apply to the real life events we are seeing.

To be sure, such stories do exist. In the introduction to Acculturated, a recently released collection of essays that considers virtue in popular culture, the editors, Naomi Schaefer Riley and Christine Rosen, posit that when you "move beyond the visual excess and hyperbole...you will find the makings of classic morality tales." Popular culture, then, is teeming with stories that not only show us how we live (or how we wish to live) but offer us advice and encouragement, cautionary tales and signposts. The problem is, we often don't see them.

As the editors of Acculturated point out, critical observation of popular culture typically falls into one of two categories. Either we praise pop culture for breaking old taboos, or vilify it for its effect on the perceived moral degradation of society. Hardly ever do we peer beyond these surface considerations to the underlying stories that popular television, music, movies, and literature are telling us about ourselves.

If we did, we would see that, as a society, we continue to hold strong family values despite what many conservative doomsday prophets tell us. The family unit has been, and continues to be, in the midst of gradual redefinition, but the values that brace American families remain. Additionally, if we look for moral stories in popular culture, we'll find an overwhelming concern for the outcasts of society, even if our politicians and business elite seem determined to prove otherwise. Finally, despite the myriad reasons Americans have had to be worried over the last several years, the stories we tell prove that an enduring, but measured, optimism remains.

And yet, Drew Westen is right, Washington has failed to tell us a compelling story as of late. Rather, the events taking place within the halls of power in recent months seem to be elements of a story—characters and conflicts—without narrative arc and climax. It is left for us, casual viewers, news junkies, armchair philosophers, and the like, to try to build a story around these events.

I'm encouraged by the presence of moral stories in popular culture, and I'd like to see the same from Washington. In the short term, a compelling narrative may not have a great impact on policy, as many of Westen's critics point out, but that criticism fails to take into account another powerful force in American politics: the prevailing disposition of the American people. 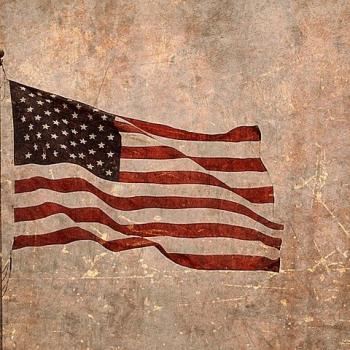 We Did This To Us
Mary Pezzulo
3

What Does Paul Say about the Afterlife?
Jonathan MS Pearce
Get Patheos Newsletters
Get the latest from Patheos by signing up for our newsletters. Try our 3 most popular, or select from our huge collection of unique and thought-provoking newsletters.
From time to time you will also receive Special Offers from our partners that help us make this content free for you. You can opt out of these offers at any time.
see our full list of newsletters
Editor's picks See all columnists