August 21, 2011 by Dean C. Curry
"Like" the Patheos Evangelical Page on Facebook to receive today's best commentary on Evangelical issues. 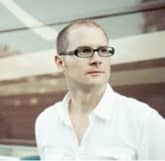 Recent controversies surrounding Jim Wallis's "What Would Jesus Cut?" campaign, as well as Rob Bell's new book Love Wins, are more evidence that today's evangelicalism is notably different than yesterday's evangelicalism. The markers of contemporary evangelicalism are harder to generalize about than they were thirty or forty years ago. Whether the issues involve theology, politics, or personal morality, today's evangelicals are more diverse in their viewpoints and less likely than their predecessors to draw non-negotiable lines in the sands of culture.

University of Virginia sociologist James Davison Hunter alerted us to these significant changes way back in 1987 in his book, Evangelicalism: The Coming Generation. While Hunter's most recent book, To Change the World, has received considerable attention among Christians, revisiting his earlier work with nearly a quarter-century of hindsight is an especially enlightening experience, and not just because the author was so spot on in plotting the trajectory of American evangelicalism. Drawing upon an early 1980s survey project that targeted "the coming generation" of evangelical leaders—i.e., students at evangelical colleges and seminaries—Hunter anticipated, among other things, that a social agenda would slowly supplant traditional evangelical spiritual concerns. Regarding this shift, Hunter concluded in 1987 that "the significance of this trend is highlighted by the precedent set by liberal Protestant theology in the twentieth century, where the Social Gospel achieved proportions unintended by its original advocates."

Apart from his prescience in this area, Hunter's analysis is perhaps most useful in helping us understand the reasons for change within evangelicalism. Of particular note is Hunter's insightful parsing of the dimensions of "civility," one of modernity's unassailable innovations. The essence of civility is tolerance, arguably the primordial concept of our post-modern age, and a habit now widely embraced by evangelicals. But there is another dimension to civility that Hunter identifies as the inversion of tolerance, namely tolerability, and it is this side of civility that Hunter argues is key to understanding the dynamics of transformation that have taken place within American evangelicalism.

The ethic of civility requires not only that individuals be tolerant of others; it also requires that they must be tolerable to others. The implications of this ethic of "studied moderation" are clear: "Convictions are to be tempered by 'good taste' and sensibility. It is an ethic which pleads 'no offense.' The greatest breach of these norms is belligerence and divisiveness; the greatest atrocity is to be offensive and thus intolerable." The appropriation of both dimensions of civility—tolerance and tolerability—is a major reason why the boundaries of evangelical beliefs have become increasingly fuzzy and uncertain. Besides being tolerant of others, "the critical dogma is not to offend but to be genteel . . . in social relations," with the consequence that the contents of traditional evangelical theology and ethics that are offensive in the prevailing cultural zeitgeist are deemphasized. "Anything," writes Hunter, "that hints of moral or religious absolutism and intolerance is underplayed." Indeed, having appropriated civility as a central component of Christian theology, evangelicals face "tremendous social constraints to be less strict, less fanatical, more open-minded, and so on."

It is difficult, of course, to generalize about a sub-culture as large and diverse as American evangelicalism. But anyone familiar with the landscape of contemporary evangelicalism has to be struck by the precision and accuracy of Hunter's 1987 analysis. In fact, when reading Hunter's 1987 book, one has to remind oneself that he was writing a piece of academic sociology, not a prophetic tome. Hunter's 1980s "coming generation" of evangelicals is American evangelicalism today: From the evangelical families in the pews, to the evangelical bloggers, para-church leaders, college professors, and pastors. And true to Hunter's map, among a growing number of these evangelicals, especially their leaders, old, time-worn themes such as hell, homosexuality, abortion, and cultural line-drawing are only faintly heard, while less offensive, genteel themes that often reflect a soft universalism, attention to an agenda of social justice concerns, and an aversion to "offensive" line-drawing are privileged.

It is, to be sure, more complicated than that. And yet, those who care about maintaining the historic boundaries of orthodoxy would be wise not to ignore Hunter's conclusion that although "the evangelical life-world . . . has not gone as far as the modernists in Protestantism, the process is identical."