Driscoll's comment reflects an unfortunate callousness among many evangelical leaders toward those who are disempowered. It also illustrates some of the attitudes that are guiding his interpretation of the Bible when it comes to homosexuality and the interpretations of the other heterosexual men who are guiding evangelical thought on homosexuality. When I was a kid, I remember going with my dad to a Promise Keepers convention, which was organized to appeal to the same stereotypical, car loving, sports watching, beer-drinking, violent "male" that Driscoll seems to celebrate. Although I could bench press Mark Driscoll's body several times, I've never comfortably fit into the mold of the stereotypical male and think it's wrong to advocate the idea that there's only one way to be a "true man."

In Ship of Fools, I charted the development of evangelical thought on the subject of LGBT rights. Why do you think the majority of progressive evangelicals who say they "love their gay friends" won't come out and support their quest to have the same rites (marriage and ordination) as everyone else?

Progressive evangelicals usually understand biblical interpretation in the same basic way as conservative evangelicals. Both groups think that one can derive one's political program and theology simply by reading the Bible very closely and carefully. In the process, both groups ignore the pre-existing values that guide their interpretation of the Bible. 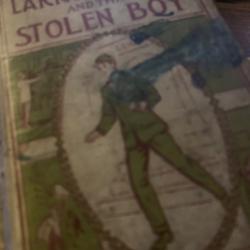 We NEED you Larry Dexter! (On the News)
John Mark N. Reynolds
2

By the Light of the Moon: Thoughts on Reflective Faith
Vance Morgan
3

Remembering secular women during Women’s History Month
Freedom From Religion Foundation
Get Patheos Newsletters
Get the latest from Patheos by signing up for our newsletters. Try our 3 most popular, or select from our huge collection of unique and thought-provoking newsletters.
From time to time you will also receive Special Offers from our partners that help us make this content free for you. You can opt out of these offers at any time.
see our full list of newsletters
Editor's picks See all columnists