Raise Your Voice to End the Suffering 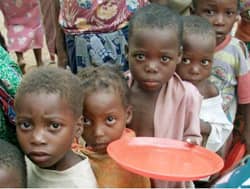 Editor's Note: Somalia and East Africa are facing the worst famine, drought, and conflict crisis in more than 60 years, with more than 3.6 million people at risk of starvation. News reports say that in the last month alone, 29,000 children have died of starvation. According to U.N. Under Secretary Valerie Amos, 600,000 children are projected to die.

Aid organizations around the world are trying to help, but many are blocked by insurgent groups like Al-Shabab. The situation is a humanitarian crisis of epic proportions.

For Muslims who are fasting during Ramadan this month, this crisis is being felt acutely, especially in light of reports that Muslims in East Africa do not have food to break their own fasts at sunset.

Islamic Relief USA, a four-star rated charity organization, has been in the Horn of Africa for nearly 20 years providing aid, food, access to water, and health and nutritional services in partnership with Islamic Relief Worldwide. (Disclosure: I worked for IRUSA for nearly a year.) IRUSA and IRW are some of the few aid groups still able to get into Somalia and provide aid. Adnan Ansari, IRUSA's vice president of programs, is in Somalia and East Africa, and is blogging on what he is witnessing.

Somalia—Friday, Aug. 5, 2011—During the first day in Mogadishu, I visited three internally displaced persons (IDPs) camps in the city. The residents had a lot in common—suffering, loss of loved ones and lack of support, while struggling for survival with immense patience.

With a lack of rainfall for the third year in a row, the nomadic herders in Somalia have lost their single source of income: cattle. They have no hope of rain arriving anytime soon and have sought refuge in the city. They travelled, sometimes for weeks, with the hope that food would be available when they arrived. No doubt food is available, as we witnessed while driving down the streets, but unaffordable to the masses.

The local population goes around collecting food from door to door to share whatever they can with the "new" IDPs, as they are called. The "old" IDPs are the thousands of families who fled the city when the conflict in the region was at its peak and returned to find their homes destroyed. They have nowhere to live. They have also ended up in IDP camps.

With these two groups of IDPs in dire need of support, the humanitarian world is not giving sufficient attention to their basic needs. Emphasis remains on the city being an unstable region; no doubt, hearing gunshots at any time of the day is a fact of life. The mayor proudly referred to Mogadishu as the "third most dangerous city in the world, after Baghdad and Kabul!" The blocks and blocks of buildings, shattered from the many battles that have happened here, have become shelter for some of the IDPs. The majority [of the population] live in open fields under plastic tarps or straw huts—even tents are not available for the recently arriving masses.

Mogadishu is also officially declared to have catastrophic famine conditions. With the majority of the children being malnourished, the ribs on every child's chest can be counted. Smiles are rare; sighs and wails are commonly heard. People looked at us without any expectation. It seems as though people know that they will have to survive on their own or welcome death early as the only way out.

As a father closed the eyes of his two-year old child while she seemed to take her last breath, we tried to convince him to take her to the hospital. He insisted to let the suffering end. Even though we took the child to the clinic, only a few more breaths had remained—two hours later we found that the body was being prepared for burial.

Our colleagues in Somalia tell us that these are the better of the living conditions here—outside the city, life is very grim and there is even less hope. It is time that humanity raises its voice to end the ongoing suffering.

Dealing with Warlords and Weather