Ramadan in Riyadh, Missing the U.S. 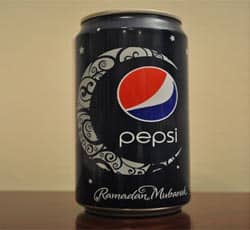 Although I do have three and a half hours until iftar, for which I have to cook my famous Chinese stir fry, I have only 15 minutes to make it to the store before it closes for the afternoon prayer and will not open up until after sunset when the fasting is over. A gust of hot air suffocates me as I push my way through the sliding glass door end exit the apartment complex, only to notice that my car is sandwiched on both sides by other parked cars and blocked by a van whose driver is face deep in the steering wheel and out cold. Feeling guilt ridden I gently tap on the window. He wakes in fright and moves the van.

Now my biggest challenge is backing out my car without scraping the Mercedes Benz that is parked to my left, as I have approximately two inches of space (5.08 cm, as they say here). I'm continuously mumbling to myself that Ramadan is not simply about experiencing hunger but also about dealing with adversity, and now would not be the time to lose it and go hunting for the driver. After all it's only the first day of Ramadan, and I've been fasting for less than ten hours.

Ramadan in a Muslim Country
When my wife and I were planning our vacation and family visit to Riyadh, Saudi Arabia this summer, we decided to extend our stay so that our two kids would be able to experience Ramadan in a country of Muslims. Our initial thought was that it was going to be tough. After all, we are going to be in the heart of the desert in the Arabian Peninsula during the hottest time of the year.

As the time came closer, we mulled the idea over and decided it was a good plan. Living in the United States, the challenge for us during Ramadan is having the flash and dash of Christmas in the back of our minds, and having this overwhelming weight of feeling like we have to compete so that our kids feel that our own holiday is just as exciting for them.

In our house, we've tried by referring to Christmas lights as Ramadan lights, baking Ramadan cookies, and we even purchased a Ramadan version of an Advent calendar and placed it over our fireplace. We make it a family affair for each of the events. Even with all that, at times it still feels like we are pulling a boulder, tied to our waist, uphill.

Prior to my kids witnessing the start of Ramadan in a Muslim country, I thought our strategy was working. But now that we're here, I think their expectations for Ramadan have just increased exponentially. At every turn on the streets of Riyadh, they yell out, "Look Baba, it says Ramadan Kareem!" And if I do not acknowledge the radiant beauty of that particular sign, I am chastised with, "You didn't look. That's not very nice; you're not in the Ramadan Spirit."

But it was not until I brought home a can of Pepsi, or "Bebsi" as the Arabs pronounce it (due to the lack of the letter "p" in their alphabet), with Ramadan Kareem written in Arabic and English on the can, that my kids felt like their holiday was as legitimate as Christmas. They insisted on not opening the can so we could take it back home to the U.S., for all their friends to see.

But there are differences here that make me, dare I say it, miss Ramadan in the U.S. Ramadan crept up on us here. There were no activities for the children at the mosque, no arts and craft displays or specific trips that we had to take to the "Arab dukan" (the Arab store as my daughter calls it) to get dates, meat, and my personal favorite, qamar ad-deen. Boxes and boxes of dates kept appearing and disappearing like a gift exchange ritual prior to Ramadan starting.

Frankly, part of what I miss about Ramadan in the U.S. is the effort that we have to put forth in practicing and partaking in the holy month. The meal to break your fast actually tastes like you earned every morsel of it. It is that effort that helps us during this spiritual month, our "30 days for Thanksgiving" as my wife calls it. Here in Riyadh, the mosque that is across the parking lot has a great Imam with an amazingly beautiful voice; however, there is no sense of congregation. People (men) come, pray, and leave. There are very few women, if any. And, there are definitely no children.

The spiritual awakening that we so desperately seek in Ramadan comes to each of us at different stages, and with a different pace. Some of us are spiritual sprinters, and others are spiritual marathoners. Admittedly, it is early in Ramadan for me in Riyadh, but there is something missing here compared to my experience in the United States. I seek something more than just tasting hunger. I seek a taste of home.

Article Continued On Next Page
Page: 1 of 2
8/5/2011 4:00:00 AM
About Kevin Juhasz
Kevin Juhasz is a content manager with a Colorado-based marketing company and the owner of <a href="https://www.thewritecontent.net/about">The Write Content</a>, which provides writing and editing services. He has more than 25 years of writing and editing experience with websites, newspapers, magazines, trade publications and more. Kevin has covered news, sports, entertainment, technology and a wide variety of other subjects.