The Religious Roots of Homophobia

This particular article in the "Queer I Stand" column probably has the simplest and most uncomplicated point to make, which is even obvious in the title, and it is the following: homophobia has no logical basis whatsoever, and is only supportable within certain conservative creedal religious frameworks.

Certainly, homophobic strains have existed outside of the dominant monotheistic religions, and a discourse of "natural law" that argued against the utility or the morality of homoeroticism even existed in some neo-Pythagorean circles in the ancient Mediterranean. Alexander of Abunoteichos, the prophet of Glykon in the second century CE, preached against homosexuality according to Lukian of Samosata, while privately indulging in it himself (which is so commonplace now that it is staggering!). However, nothing made these philosophical opinions enforceable as law, or had the ability to make all homoerotic acts considered "sin" across ancient Mediterranean societies.

For the majority of its history, Judaism—where some of the first religious proscriptions of male homoeroticism emerge as infallible law—did not seek to impose these beliefs on other nations, but instead used them for itself for its own purposes as a purely internal matter. The story that gives the origin of the word "sodomy" was interpreted, until the time of Philo of Alexandria, as a story of bad hospitality and not something having to do with homoeroticism at all (and, since it actually has to do with rape more than anything, the genders involved aren't so much a concern as the term seems to indicate in modern usage).

Jesus himself in the Gospels speaks of Sodom and Gomorrah as exemplars of bad hospitality, and not anything else. His words on homoeroticism are non-existent, outside of the Gospel of Judas, which no mainstream Christian denomination currently takes as definitive of Jesus' teachings nor as authoritative scripture. It is highly amusing to me, therefore, when Christians are virulently homophobic, because in doing so they are unknowingly espousing the "Gospel of Judas" rather than the Gospel of Jesus!

But, Christian homophobia does draw on the epistles of Paul, particularly Romans 1, in its "egalitarian" condemnation of homoerotic acts between males and females. Early church fathers like Clement of Alexandria picked up on the homophobia of the Jewish Philo, and augmented with the words of Paul, began the long tradition that has spanned from the late second century through today with people like Fred Phelps, Michelle Bachmann and her husband, Cindy Jacobs, Damon Thompson, and a list of others far too long to even contemplate.

Unfortunately, Islam as well picked up on this aspect of Jewish and Christian tradition, and carried it on in the pages of the Qu'ran, adopting the language of "sodomy" to apply to homoeroticism throughout the text.

Of course, there are, always have been, and always will be Christians, Jews, and Muslims who are LGBTQ. Some of them are fortunate enough to be parts of congregations or denominations that are open and affirming of LGBTQ people. Of the three religions, Judaism has the least difficulty with GLBTQ people, even in its more conservative forms, in comparison to the other two religions. Executions for homoeroticism still take place in various parts of the Middle East to the present day, whether sanctioned by the state and carried out under Sharia law, or as vigilante acts by communities or even the families of the LGBTQ people concerned because of the extreme shame and "sinfulness" that such people are thought to represent.

As I have mentioned before, the growing consensus amongst genetic scientists, as well as many others in the fields of biology, psychology, and behavioral sciences, have observed that homoeroticism and transgenderism is completely natural, and an expectable variation, in a great deal of sexually differentiated nature. If it is a genetic factor in one's makeup, then the fact that it has not been phased out and lost through the evolutionary process of natural selection indicates that it is in some manner "useful" to a species to have this, as a natural manner of population control or otherwise—of which the current human population on earth could certainly use. (Perhaps this is another reason that so many conservative creedal monotheists are against the study of evolution?) 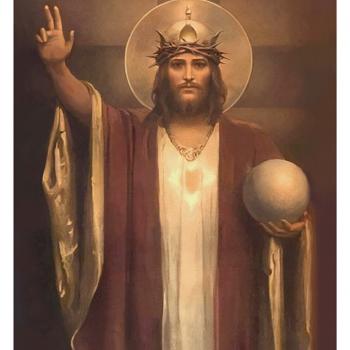 Moral Certainty Is Both Overrated and Dangerous
Vance Morgan
4