And whose heart planned on exactly that. Someday.

The English-speaking Roman Catholic Church in America is 115 days away from implementation of the new Roman Missal (Missale Romanum, third edition), beginning on the First Sunday of Advent, November 27, 2011. This updated translation will include changes to well-known texts and prayers of the Mass—to the prayers that the priests use, and in the responses of the people. Like Patrick, we are about to encounter a more accurate translation, one of great love, conveyed with a nuance and depth we have previously not realized.

On the first Thursday of each month, now through December, this column will examine some of those changes, with the intent to prepare our hearts and minds. It may seem daunting to think that something so familiar—the Mass—may, here-and-there, become strange to our ears; it will perhaps, be awkward for our tongues to adjust to new language in our liturgy. Yet, we must not fear. We are being given an opportunity to renew our understanding of some of the most important words we say and pray, thanks to improved scholarship and a careful alignment with Sacred Scripture and Tradition.

The Church, through its liturgy, continues to move through this new millennium with an ever-deeper contemplation on the face of Christ, as called for by Pope John Paul II, and continued under Pope Benedict XVI.

To contemplate the face of Christ . . . is the "programme" which I have set before the Church at the dawn of the third millennium . . .

To contemplate Christ involves being able to recognize him wherever he manifests himself, in his many forms of presence, but above all in the living sacrament of his body and his blood. The Church draws her life from Christ in the Eucharist; by him she is fed and by him she is enlightened. (John Paul II, Ecclesia de Eucharista, par. 6, 2003)

May we look forward with joy to meeting the Person of Christ through a renewed relationship with him in Word and sacrament as we prepare to receive the new translation of the Roman Missal.

How It's Always Been
Erin Wathen
2 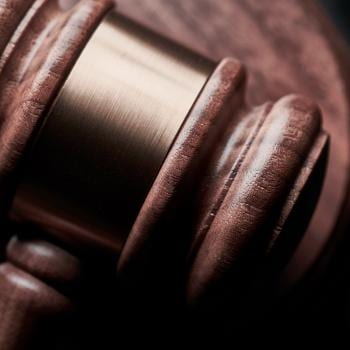 God Is Not to Blame for This
Neil Carter
4

“The Design Inference” (Part 4)
Dan Peterson
Get Patheos Newsletters
Get the latest from Patheos by signing up for our newsletters. Try our 3 most popular, or select from our huge collection of unique and thought-provoking newsletters.
From time to time you will also receive Special Offers from our partners that help us make this content free for you. You can opt out of these offers at any time.
see our full list of newsletters
Editor's picks See all columnists