Work We Must, But the Lunch Is Free

I have stolen my title from an essay by a well-known mid-20th century Mormon scholar and apologist, Hugh W. Nibley. Nibley was brilliant and often idiosyncratic. He had a strong influence on at least one or perhaps two generations of scholars in the LDS Church, encouraging Mormons to take up ancient and biblical studies and to do well in them. Though much of his own research may not stand with time, his influence has been profound. Nibley is as important to Mormonism for who he was as he is for what he wrote.

Nibley was adamantly convinced of the truth of Mormonism and of the need to explore it intellectually. At the same time he refused to conform to someone else's image of what it meant to be a Mormon. He wasn't a social rebel, but he did insist on cutting his own path through conventional ideas about what Mormons think, whether those were ideas about war or economy or Brigham Young University's dress and grooming standards. Hugh Nibley was a person to be admired, whether you understood him or not, whether you agreed with him or not.

As I said, I have taken my title from one of his essays. I doubt that he would mind my petty theft. In 1982 Nibley gave a talk by this title to the Cannon-Hinkley Club in Salt Lake City. I don't know what that club was, nor does Google. However, based on the theme of the talk—omnipresent grace and the evil of the capitalist version of social Darwinism—as well as Nibley's penchant for tweaking the noses of community leaders, I would guess that the Cannon-Hinkley Club was a local business club of some kind.

In his presentation Nibley considers two hypothetical employers. Employer A offers us lunch if we have money to pay for it. And if we need money to pay, he offers to employ us in his work, reminding us "There is no such thing as a free lunch." But since this employer appears to own all the materials for production and all the means of production, once we take the job he offers, there is no escape from our debt to the company store.

In contrast, the other prospective employer, Employer B, is not concerned about lunch: "We will preach the gospel to you, and then you will find out that lunch should be the least of your concerns." When Employer B inquires about our work, we tell him all the things we do to acquire lunch, and he responds "But my dear boy, I'm providing you that right now." This employer asks us, Nibley says, "to forget about lunch, and do his work, and the lunch will be taken care of." His point is that life before God requires humility. He quotes Deuteronomy:

[B]eware lest "when thou hast eaten and art full, . . . Then thine heart be lifted up and thou forget the Lord thy God," and you say to yourself: "My power [ability] (koakh) and might of mine hand [hard work: otsem yadhi, meaning the strength of my hand, or etzem yadhay, meaning my own two hands] hath gotten me this wealth [fortune]." (Deut. 8:10, 14, 17)

For Nibley, humility, gratitude, and charity were inextricably entwined:

The "primitives" and the ancients everywhere celebrated the free gifts of heaven with seasonal rites closely resembling those of the Israelites. The ritual showering of food from heaven was an important part of the ceremonies, dramatized by the actual throwing down of food and tokens from a high platform, mobile or stationary, into the crowd of worshippers. To these rites . . . Israel added a strong sense of moral obligation. Under the Mosaic Law everyone was constantly being tested for his generosity quotient; for as Brigham Young often reminded the saints, God has placed whatever we have in our hands only to see what we would do with it—whether we would waste, hoard, or bestow it freely.

Though generosity cannot be legislated, no one in Israel could get out of taking the proper test, to show how far he was willing to go, granted complete free agency, in carrying out God's express wishes regarding the distribution of his bounties.

I think Hugh Nibley was right to see them entwined that way. 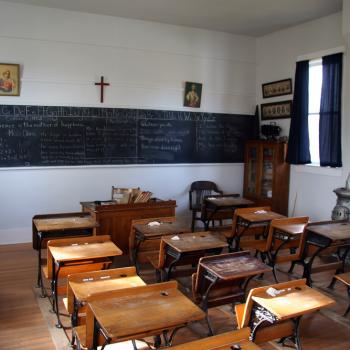 Catholic Schools Are Struggling with Enrollment (and Not Just Because of...
Hemant Mehta
2 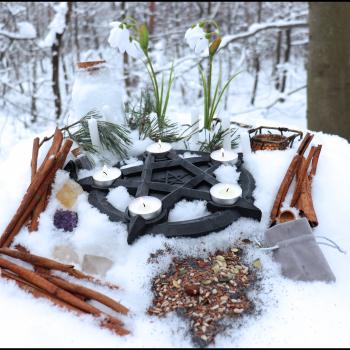 Imbolc: Festival of Hearth and Home
Gwyn
Get Patheos Newsletters
Get the latest from Patheos by signing up for our newsletters. Try our 3 most popular, or select from our huge collection of unique and thought-provoking newsletters.
From time to time you will also receive Special Offers from our partners that help us make this content free for you. You can opt out of these offers at any time.
see our full list of newsletters
Editor's picks See all columnists