Since the 1870s, immigrants from the Arab world to the United States have been engaged in the dialectical process of being and becoming American.[ix] This process has been protracted and exacerbated by the new war on terrorism. Each immigrant wave brought its distinctive identity, shaped by events over which it had no control and fashioned by its generation as a response to prevailing conditions and to expectations set up by the governments of the countries from which it came. These identities have also been directly impacted by the vagaries of America's interests, policies, and actions and inactions in the Middle East, as well as the prevailing prejudice toward Arabs and Muslims. Once here, immigrants encounter an America that appears open for a redefinition of its own identity to accommodate the participation of its new citizens, but they experience it as racist and unreceptive to their concerns. America is experienced as having a fluid definition of itself, but at the same time, unwilling to allow the immigrants space to express their equal humanity.

There appears to be a growing tendency in the American media to portray Arabs and Muslims as the consummate "other," as terrorists or, more recently, as the enemy of all cherished Western values.[x] At the same time, some Arabs, surveying the history and experience of the Muslim community worldwide, see themselves as the victims of a virulent anti-Muslim hatred that seeks to subjugate them. They trace this victimization from the Crusades and the Reconquista through the age of imperialism, and see it reinforced in contemporary events. Currently, two important factors continue to fashion their identity as they attempt to fit and feel comfortable in the United States: the perception of Arabs and the Arab community in the United States as victims of American and Israeli interests, and the sense that the American environment is not only biased against them, but infused with an endemic prejudice that has been perpetuated in literature,[xi] the media,[xii] and the movies.[xiii]

Several events in the late twentieth century appear to have had a profound impact on the formulation of Arab-American and Muslim identity in the United States. Events that heightened Americans' negative perceptions of Arabs, Islam, and Muslims include the Israeli preemptive strike on Egypt, Syria, and Jordan in 1967, the oil boycott of 1973, the Islamic Revolution in Iran in1979, the Rushdie affair in 1989, and the Gulf Wars. The 1967 war provided the impetus for the formation of American-Arab organizations that sought to ameliorate the negative image of Arabs in America, provide a venue for airing their frustration, and give accurate information. They attempted to redress what they perceived to be one-sided reports about the Arab and Muslim world and sought to exercise their political right to have input into the shaping of policy. The American reaction to the Islamic Revolution in Iran and the anti-Muslim sentiments generated in the American media with headlines such as "America Held Hostage" focused Muslim attention on the unforgiving and sustained rejection of political Islam. It raised questions about American support for Israel, which defines itself as a Jewish state, and the American rejection of Muslim attempts to create Islamic states.

The Gulf Wars brought to the fore a new generation of Arab and Muslim activists seeking to change American policies by operating within the system. The majority did not approve of American war on Iraq, not because they were fond of Saddam Hussein or his policies, but because they were not convinced by the government's justification for launching the attacks. They were concerned that the U.S. government did not give diplomacy a chance, since from their perspective it was bent on destroying Iraq's army in order to maintain Israeli domination of the Arab world.

Unlike the activists of the 1970s, the newest generation of Arab-Americans is not spending time on establishing umbrella organizations, writing constitutions for these organizations, or running elections for officials or spokespersons. Rather, it has adopted modern means of communication, including the Internet, to create networks committed to justice and peace. This generation collaborates with existing organizations for human rights, minority rights, and religious rights. These activists are mostly in their twenties and thirties, and they take American values very seriously. They believe that they are working to create a better America, one that is not blinded by special interests but is truly guided by the values it preaches. In the process, they believe that they are truly Arab—and also truly American.

There is a marked difference between those who emigrated in the 1960s and the children and grandchildren of the immigrants of the 1870s. The latter have moved into the middle class and identify as Americans. They and their relatives have been drafted into the American armed forces and have served their country with distinction. One boasted that he had "three times as many relatives [three nephews] serving in the American military, defending American freedom in Iraq as the whole Congress of the United States put together." 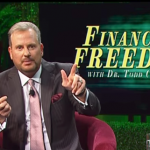 Despite Being in Jail, a Prosperity Gospel Preacher is Still Scamming...
Hemant Mehta
2 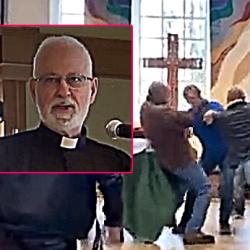 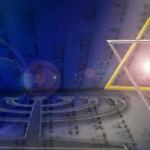 Judge Orders Joel Osteen To Write 45,000 Apology Notes
Andrew Hall
About
Get Patheos Newsletters
Get the latest from Patheos by signing up for our newsletters. Try our 3 most popular, or select from our huge collection of unique and thought-provoking newsletters.
From time to time you will also receive Special Offers from our partners that help us make this content free for you. You can opt out of these offers at any time.
see our full list of newsletters