Can You Be Christian on Campus?

In recent years, depriving Christian student organizations of campus benefits at America's public colleges has become a major priority of certain secularist lawyers and university officials. State universities are increasingly pressuring Christian student groups to open their membership to all, regardless of whether prospective members are Christians, or whether they support the group's policies or priorities. Two recent court decisions illustrate this disturbing trend.

The cases, Christian Legal Society v. Martinez and Alpha Delta Chi v. Reed, are directly connected. Christian Legal Society considered whether a Christian association had the right to restrict membership to those affirming a policy against premarital sex or homosexual behavior. The University of California's Hastings College of the Law requires student groups to adopt an all-comers policy or lose access to campus facilities. As I noted prior to the decision, the college's actions raise serious questions about students' rights to free association and religious liberty. Nevertheless, last year the Supreme Court decided 5-4 against the students, with the narrow majority arguing that the Christian Legal Society's rules were discriminatory.

Then, last month, the Ninth Circuit Court of Appeals built upon CLS v. Martinez and asserted in Alpha Delta Chi v. Reed that San Diego State University could deny campus privileges, such as meeting rooms and publicity, to groups that restricted membership to Christians. The only glimmer of hope in the Ninth Circuit's decision is that they tentatively suggested that San Diego State's current policy might be unequally applied.

Indeed, it is obvious that San Diego State's rule against restricted membership applies only to evangelical Christians. Other religious organizations have not been targeted, and some groups, such as an African drama society, apparently confine their leadership to people of African nationality. Furthermore, the university does not force political groups such as the College Democrats or Republicans to open their organizations to ideological rivals. Broad, consistent enforcement of the campus policy would be impossible and preposterous. A student group—whether for vegetarians, gays and lesbians, Hispanic students, or others—cannot function if they cannot define their own membership policies, or if they must allow people who oppose the group's purposes to become its leaders.

The reality is that these colleges are placing Christian groups under special disadvantages because administrators disapprove of the groups' views, especially (in Christian Legal Society) as they relate to homosexual behavior. But that's exactly the problem: religious liberty, free speech, and free association apply especially in cases where a group's beliefs are controversial. As Justice Samuel Alito argued in his dissenting opinion in Christian Legal Society, these decisions enshrine a new principle of "no freedom for expression that offends prevailing standards of political correctness in our country's institutions of higher learning."

When America's Founders adopted the First Amendment and its religion clauses—its ban on an "establishment of religion" and its guarantee of "free exercise of religion"—they intended to keep the government from placing special legal disadvantages on any religious association. The First Amendment represented a reaction against the persecution of religious groups in the colonial era, when most of the colonies had tax-supported churches, and when dissenting pastors were often fined, beaten, and imprisoned for illegal preaching.

Banning an "establishment of religion" meant that the United States would have no preferred religious opinions. Requiring that Christian students adopt certain principles, or face a withdrawal of benefits, is exactly the sort of thing the Founders meant to prevent. Secularist lawyers routinely cite the establishment clause as a justification for placing exceptional legal burdens on religious organizations. Their argument is truly ironic. In effect, secularists are themselves promoting a new kind of establishment. These cases demonstrate that if religious organizations adopt current liberal norms of equity and fairness—in effect, the secularists' preferred religious views—they will receive access to university resources. If they maintain traditional, exclusive Christian beliefs, they will not.

To be fair, losing campus privileges is not the same as being horsewhipped and jailed for failing to comply with the government's religious standards. We are, however, on a slippery slope. Courts and colleges must not be allowed to punish Christian student groups for wanting to remain distinctly Christian. 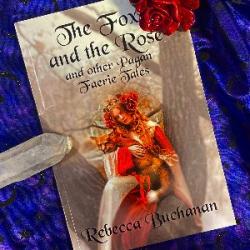 Missions = Disgusting
Jeff Hood
Get Patheos Newsletters
Get the latest from Patheos by signing up for our newsletters. Try our 3 most popular, or select from our huge collection of unique and thought-provoking newsletters.
From time to time you will also receive Special Offers from our partners that help us make this content free for you. You can opt out of these offers at any time.
see our full list of newsletters
Editor's picks See all columnists