Discovering the Language of Lament 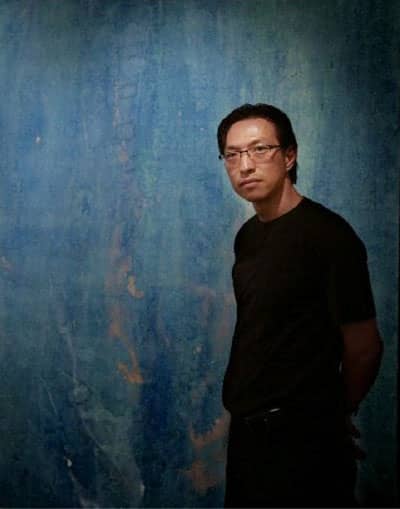 For the decade anniversary of 9/11, Patheos asked me to look back on the past ten years of my work. I will begin with works starting in 1999, as they anticipated what is to come—a series of lamentations.

My art had turned to lament soon after the Columbine High school incident. I began to paint a series of paintings depicting the fragile, ghostly columbine flowers I found in the shade of pine trees in the Colorado mountains. I did not think then that I would be spending the next decade dedicated to a search for the visual language of lament.

One of the Columbine paintings is being exhibited right now in Rochester, NY (Roberts Wesleyan College).

After 9/11/01, I began a series of paintings based on T.S. Eliot's Four Quartets. A reviewer wrote:

While "The Wasteland" is considered by many to be the greatest poem of the twentieth century, for Fujimura "Four Quartets" achieves an even clearer focus on the fundamental questions of art and literature, among them sacrifice, mystery, intuitive response and the eloquence of materiality . . .
Here is a component of these paintings that cannot be seen except by the naked eye: photographic representation is an inadequate translation, perhaps more for these works than most art. As the eye travels from one moment of the painting to another—from a glistening river of blue to teardrops of green, streaks of vermilion to a shimmering layer of gold leaf falling perilously across the surface—there is an element of utter abstraction and peace that belies the intense training and experience required to produce these paintings.

Here is the accompanying excerpt from Eliot's poem for Still Point:

Fire and Rose are One, Collection of Howard and Roberta Ahmanson -- Mineral Pigments on Kumohada

And all shall be well and
All manner of thing shall be well
When the tongues of ﬂame are in-folded
Into the crowned knot of ﬁre
And the ﬁre and the rose are one.

Than that of summer, neither budding nor fading,
Not in the scheme of generation.
Where is the summer, the unimaginable
Zero summer?