Examination of Conscience in Real Time

I had a booger of a sin to confess. After hem-hawing around about whether or not to go to my home parish or some other far away parish, I toyed with the idea that my sin might not be a sin at all, and maybe I was just being scrupulous. But I couldn't kick the guilty sensation it caused, and finally, this morning, enough was enough. I had to humble up, confess the dumb sin and get it over with.

So I drove the forty-five minutes downtown where there's Confession before Mass every day, as long as you get there early enough. I arrived on target to take my place as the tenth person in a very slow-moving line.

The baby was a little querulous, didn't want to be held and such, but struggled with his limitations on the floor just as much. Everyone's tensions rose progressively with the passing of the hour, and the realization that the line seemed not to diminish. The man behind me sighed between Hail Marys.

At last it was my turn. The man before me came out of the confessional, and the priest followed right behind him explaining that he had to prepare for Mass, but if the rest of us could stick around, he could finish hearing Confessions after Mass.

The line behind me was equally as long as the line before me had been, and looking back, I could see the collective disappointment as people made their decision—would they stay or would they go? Personally, I wanted to puke. Long drive, long wait, loud baby, and no Confession—unless I could wait until after Mass—which would be a long shot. The kid was not going to be quiet.

I slunk to a nearby pew, quietly raging at all the people who went before me in line. Do they think Confession is therapy or something? And the priest—didn't he see how much effort I had put into even being there? What if I really couldn't stick around until after Mass? He could have heard just one more—as long as it was mine.

I set the baby down, letting him wander all over the pew, touching people nearby. That's the price you pay for making me wait—the attack of my baby.

Did I mention that Adoration was going on all this time? That I was in the presence of the Blessed Sacrament throughout my harrowing wait?

Only when the bells rang for Benediction did a little alarm sound in my brain that perhaps before I bend the priest's ear with my oh-so-humble Confession, I should address the air of entitlement I have acquired towards the Sacrament itself—towards all the Sacraments.

I had just been given an hour in the Presence of the Lord, to be followed by Mass, to be followed, if God wills, with the gift of mercy and forgiveness. How much more can a person ask for? That it all happen on my schedule? Can the priest, and all the people waiting in the pews for Mass just hold for a sec, while I get my drive thru-Confession? I promise it won't take long. And then you can all rejoice that a lamb that was lost has been found! See, I'm here!

It's a gift, God's mercy. A gift you can unwittingly reject all the way up to the door of the Confessional, and even on the way out.

Showing up for Confession is not a favor I'm granting the Church. Having a priest available to provide an outward sign of God's mercy is a favor the Church offers to me. And lucky me, I live in a country where priests are not murdered for performing the Mass, where they don't have to travel incognito to secret enclaves of Christians. In times of heavy persecution, people wait years to receive the Sacraments. In Medieval times I would have made a very public, months-long pilgrimage to Confession rather than an anonymous forty-minute drive on any day of my choosing.

It has never been easier for people to obtain the gifts of the Church. It's the malady of the rich—those who are given too much too easily lose sight of its value.

During Mass, I uncovered about twenty other notable sins hiding behind that big distracting one that brought me out. It made the difference between partial contrition and complete cleansing with tears of compunction and gratitude. Another gift. 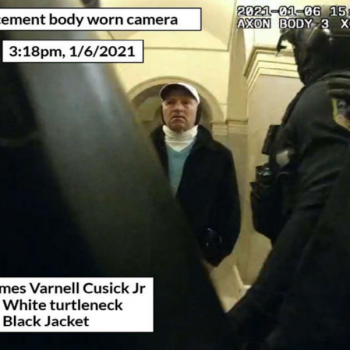 Word Salad in the Name of Theology
Jonathan MS Pearce
3

Bishops Move to Excommunicate the Prez. Somewhere Jack Chick is Saying I Told...
Rebecca Hamilton
Get Patheos Newsletters
Get the latest from Patheos by signing up for our newsletters. Try our 3 most popular, or select from our huge collection of unique and thought-provoking newsletters.
From time to time you will also receive Special Offers from our partners that help us make this content free for you. You can opt out of these offers at any time.
see our full list of newsletters
Editor's picks See all columnists