The occasion of the tenth anniversary of 9/11 should inspire us to build bridges rather than walls. Here, it is important to note that attitudes toward Muslims are markedly different (better) for those who actually know a Muslim vs. those who do not. In the absence of such exposure, it becomes easy to dehumanize the entire community. To buy into the mindless Islamaphobia of late-night radio talk shows is to do a disservice both to one's self and to the country more generally. Perceptions of the America Muslim Community as a persecuted or marginalized community play directly into the hands of the terrorists.

You claim that your organization has helped reform madrasas in Pakistan, including those that support the Taliban. What is the nature and scope of your work there?

For the past seven years, our Center (the International Center for Religion & Diplomacy) has been enhancing these religious schools, with two principal goals in mind: (1) expanding the curriculums to include the physical and social sciences, with a particular emphasis on human rights (especially women's rights) and religious tolerance, and (2) transforming the pedagogy to create critical thinking skills among the students. The latter is particularly important because as things currently stand, madrasa students have no ability to question or challenge the overtures of extremists who seek to recruit them to their cause.

ICRD's efforts have been well received and have thus far involved more than 2,900 madrasa leaders from some 1,600 madrasas throughout Pakistan. This success stands in marked contrast to the failed attempts of others, including the government of Pakistan (GOP), to reform these schools. Our progress is attributable to the fact that we have (1) conducted the project in such a way that the madrasa leaders feel it is their enhancement effort and not something imposed from the outside (which means they have significant ownership in the reform process), (2) appealed to their own heritage, not only of their own institutions (which from the Middle Ages through the 16th century were without peer in the world as institutions of higher learning), but going back a thousand years when early Islam was responsible for a number of the pioneering breakthroughs in the arts and sciences—including religious tolerance (at a time when Christianity was woefully intolerant), and (3) grounded all suggested change in Islamic principles, so the madrasa leaders can feel they are becoming better Muslims in the process.

With this kind of respectful engagement, not only do the madrasa leaders "get it," but many of them become personal champions of this change, often at considerable risk to themselves. Indeed, a number of the madrasas with which we have worked are becoming effective instruments for peace. The potential for dramatic change is huge, if the necessary resources can be found to take the project to scale across the entire country.

Your success story is surprising in part because Western influence is part of what Islamic radicals oppose. How can Western-style diplomacy address the problem of radical Islam?

Traditional diplomacy as practiced in the West is incapable of addressing effectively the problem of radical Islam. That is not the case, however, for Faith-based diplomacy, a new form of engagement that incorporates religious considerations in the practice of international politics. In a context in which religious legitimacy trumps all, the best antidote for religious ignorance is religious understanding, which is something that Faith-based diplomacy addresses. In so doing, it is able to make clear that all Al Qaeda and its associates are offering is no more than a hybrid form of totalitarianism wrapped in religious garb.

Let's say President Obama and Leon Panetta got together to read your book. What would you want them to learn, and then, to do differently?

I would like Leon Panetta to recognize the urgent need for a more sophisticated understanding of how religion informs the world views and political aspirations of others who do not similarly separate church and state and to step up to the analytical plate in meeting that need, and I would like President Obama to give religion a top priority in U.

S. foreign policy. The best way for the President to begin would be for him to take action to clarify the political ambiguities surrounding church and state that are inhibiting our political and military leaders from addressing the religious dimensions of the threats they are facing. He can easily do so by instructing the Department of Justice to provide the legal case for a policy of religious engagement as a component of U.S. foreign policy and by taking the necessary steps to secure bipartisan support for this new policy from the Congressional leadership.

You write that your Christian faith inspired you to be a peacemaker. But in the U.S., Christianity is arguably more closely associated with power than with peacemaking. How can Christianity—and especially Christians in power—be a force for peace in the world, especially when so much of our war-making is framed by religion?

We can become a force for peace by following the admonitions of our Founding Fathers to lead by example rather than force. 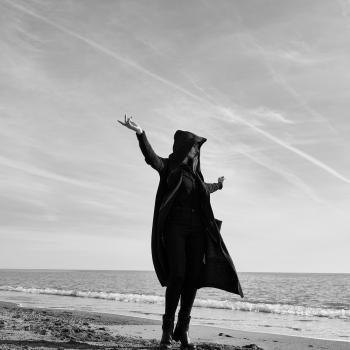 Church Will Never Be the Same Again... And Wow That's a Good Thing
Clint Schnekloth
3 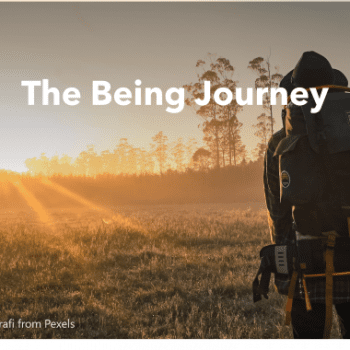 Being: A Journey Toward Authenticity and Presence
Karl Forehand
4 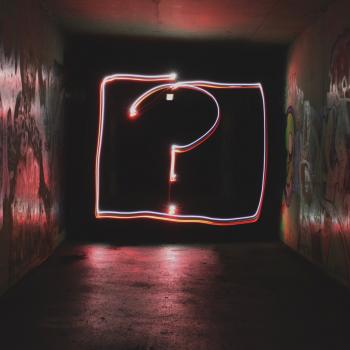 Ask, and Ye Shall (Not) Receive
Thumper Forge
Get Patheos Newsletters
Get the latest from Patheos by signing up for our newsletters. Try our 3 most popular, or select from our huge collection of unique and thought-provoking newsletters.
From time to time you will also receive Special Offers from our partners that help us make this content free for you. You can opt out of these offers at any time.
see our full list of newsletters
Editor's picks See all columnists