The Heroic Sacrifice of Our Everyday Duty

September 14, 2011 by Pat Gohn
"Like" the Patheos Catholic Page on Facebook to receive today's best commentary on Catholic issues. 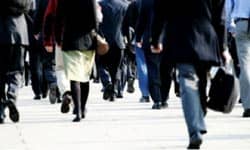 If you care for other people you cannot avoid putting yourself out for the sake of another.

We call it "making a sacrifice" and it cuts a deep swath into our preferred modus operandi of self-centeredness.

And it's just what we need, really.

It's one thing to witness and applaud the extraordinary sacrifices of our esteemed heroes and heroines, thanking them for their determined and dedicated service, especially when we consider the tragedies of 9/11, or any other epic disaster you can name.

But it's another to remember that sacrifice, for a Christian, is not for emergencies only. It is a way of life, a path to life-giving love. Every day.

The call to holiness is not for wimps. They don't remember a martyr as having "heroic virtue" for nothing. Indeed, the call to sainthood—sanctity—summons the baptized first to prayer and then to action. Often simultaneously.

This month, the feasts within the Catholic Church's liturgical calendar lend perspective to depths of sacrifice. The Feast of the Exaltation of the Cross, on September 14, readily comes to mind as we contemplate the salvation won for us by Jesus on Calvary. On September 15, the Memorial of Our Lady of Sorrows is recalled. September 20 commemorates the 19th-century Korean martyrs of Sts. Andrew Kim Taegon (Korea's first priest), Paul Chong Hasang, and companions. Finally, September 24 reminds us of the forty-nine Martyrs of Chalcedon who perished under Diocletian's reign in the 4th century.

You cannot get better role models embodying sacrificial love than Jesus and Mary, and the faithful martyrs of the Church who sought to imitate them.

We see in Mary the woman whose fiat at the Annunciation brought a surrender of her own will to the will of the Father. Her "yes" led to the Incarnation and the immense joy of God's Son come to earth. It also required, in part, a life that suffered what the Church traditionally labels as the Seven Sorrows of Mary. Each exacted various sacrifices in Mary's life; including her suffering what theologians call a white martyrdom at Calvary, the bloodless martyrdom that is a true offering of oneself. Still, we can envision her life as a series of many steps of faith leading up to that moment.

We can imagine the young Mother Mary, with tenderness, teaching her young son Jesus the ways of obedience. Demonstrating by her own fortitude that while giving one's "yes" may be costly, it is often it is the only response required.

Fast-forward, and we can see Jesus as a young rabbi, facing his own imminent death as he prays in Gethsemane. Sweating blood, the soon-to-be-Savior has a very human moment of struggle and anguish as he submits his flesh to the "yes" to do the Father's will.

Sacrifice for another, it might be said, is perhaps the ultimate "yes" that one can offer another person, and unto God.

Sacrifice acts on behalf of another, putting them first, not furthering one's own cause. It entails interrupting or delaying our own plans, desires, trajectories, goals, and even giving something we may be afraid to lose—our time, money, comfort, power, or prestige—for the sake of another who may or may not be worthy of it.

We sure do appreciate it when someone else shoulders our burden in the muddiness of life, or has our back when the fight is on, or stands in the gap between what we can and cannot do for ourselves.

In the midst of being on the receiving end of another's loving service, we often have no idea to what depth they chose to intervene on our behalf. And it's often not until long afterward that we have an opportunity to respond in gratitude to what's been received.

We can all tell the story of how someone's sacrifices, be they large or small, have made a difference in our life.

Not so long ago, in the middle of the night, I watched my husband moving around in the dark of our bedroom—not wishing to awaken me—using his trusty flashlight. He didn't know I was already awake.