Memory and the Twelfth of Never

September 08, 2011 by Marcia Morrissey
"Like" the Patheos Catholic Page on Facebook to receive today's best commentary on Catholic issues. 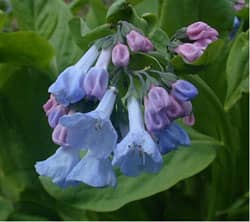 We had already made plans to visit family in California over the Labor Day weekend to celebrate Ed's mom's birthday, but that family gathering took an unexpected turn. The previous Sunday, we learned that Ed's uncle and godfather, Emilio, had died suddenly in his home in Lake Havasu at the age of 73. It was such a shock. As Ed said in his eulogy, "He was a big man, and he leaves a very big hole in our hearts."

Emilio had emigrated from Italy with his family at the age of 17, and he was the epitome of the American dream. He worked harder than any man half his age, right up to the end. His love for his family, and his eager willingness to help anyone who needed a hand, was legendary among his family and friends.

Everyone knew that Emilio worked so hard out of love rooted in his family.

He met Ed's Aunt Violet (Mom's sister) on Ed's mother's birthday, when he was 21 and Violet was 19; they were inseparable until the moment she died. Coincidentally, Ed and I met on that same date 30 years after they did.

Funerals are a time of grief, many tears, and also of recalling the touching and funny ordinary events that happen over a lifetime. Emilio's funeral celebrated a life well lived and well loved. From the very start, I felt welcome, and I feel blessed to be included in such a large, loving family through marriage. One of my cherished memories, as I blended into Ed's family, is of making lasagna, shortly after we married, for everyone at our house. Everyone was complimenting me, and—since this is the Italian side of Ed's family—I was very pleased.

Until I mentioned that—in hoping to make the meal healthier—I had used "turkey Italian sausage."

There was dead silence for a few seconds. I realized then that in an Italian family there is no such thing as "turkey Italian sausage."

They were all wonderful of course, but I made a note to myself, if I was going to cook anything in the future, no "turkey Italian sausage!" Ed and I have laughed over that memory several times over the years.

All of our family gatherings were held at Aunt Vi and Uncle Emilio's until she died of cancer almost 9 years ago. Emilio was so attentive to her. I always saw the love between them, but I was so touched by how he cared for her during this time in particular.

Chris, their oldest daughter, had lived with them to help out. At the funeral, she told about getting up in the middle of the night to get a glass of water. She passed through the living room where her mom was sleeping in the recliner, where she was the most comfortable. So as not to be apart, Emilio was sleeping on the couch. They were holding hands across the end table in their sleep.

After Vi died, Uncle Emilio seemed half the person he had been before, as if part of himself died with her. They were two halves of a whole.

At his funeral, so many people were there to honor his life, and there were many tears. This isn't unexpected, of course, but I felt it in a very special way that day. His love and concern for everyone else was always apparent. He did what he did quietly, and without bringing attention to himself. Obviously everyone did notice, though. Everyone had a special memory of his kindness, and a story to tell.

His wife Violet, and their children Chris, Tony, and Jeanette, and their grandchildren were the center of his life. Their love extended out to all the family, as well. Ed and his sister have shared many wonderful memories of their summers spent with their cousins. For him, Emilio and Vi were like second parents. I choked back tears when Ed and Tony hugged, consoling each other; they are more like brothers than cousins.

It was a very emotional weekend. While we were there, we also visited with my mother in the nursing home. She wasn't doing as well as last time. We took her outside in the fresh air, and I just held her hand while she mostly dozed in her wheelchair. I remembered that same hand, and all the things she did for us over our lives. Kissing her several times before we left, I wondered if it would be for the last time. After that, we went by my father's grave to place flowers.

Before we drove to Ed's dad's house, we stopped by our old church, and going inside for a few minutes to sit and pray, the tears wouldn't stop. In that church, where Ed and I married almost 18 years ago, so many memories came flooding back. We just held each other in the silence of the empty church.

But it wasn't empty—God was there. Emilio was with the Lord, and with his beloved Vi again. My dad was also waiting for my mom. Our sadness is real, but our faith gives us hope that we will be reunited one day in a very happy family reunion.