I habitually arrive late to church, a vice I am not proud of but cannot blame entirely on my four children.  I hate being late in part because I miss the opening hymn, and congregational singing is, I freely admit, the only part of church I always love. But I also hate to miss what we call "ward business," the official announcement of callings accepted or released by members of the congregation. To be an active Latter-day Saint is, almost always, to hold a calling in the ward. And to know who holds the callings in the ward is to have a finger near its social pulse.

In LDS parlance, a calling is a temporary but open-ended service assignment extended by the bishop of the ward to an individual adult member, usually held for a year or two until a new assignment is offered. The assignments can vary tremendously in time commitment and intensity, and can involve anything from leadership to Sunday child-care to physical maintenance of the facility. The member is free to accept or decline the calling, but most members feel that the assignment was divinely inspired and there is an understanding—in theory, anyway, if not always in practice—that one will accept the calling unless difficult circumstances extenuate. Fully staffing a big ward in this way requires a deep reservoir of trust between individual and institution.

The system is, like most aspects of contemporary Mormonism, practical and organizational. This is to say that it works very well in maintaining the social equilibrium of a high-investment, all-volunteer but not self-selecting community, even if it doesn't always perfectly meet the spiritual or social needs of every individual every time. In the unlovely language of economics, the demanding LDS system of callings protects the community by erecting a barrier to entry that discourages freeloading and ensures members' generous contribution of time and resources. At any rate, this is the gist of much of the research into "religionomics," and it does help to explain why LDS wards tend to be high-trust, resource-rich centers of social capital. From the outside, of course, "high-trust" looks a lot like "clannish," and we Mormons probably don't do enough to turn outward.

Our concept of callings has been important in Mormonism's transition into modernity. Free-flowing, charismatic spiritual manifestation was a prominent feature of early Mormon experience, as it was for many of the religious movements that germinated during the second Great Awakening. Joseph Smith codified these spiritual gifts in the 7th Article of Faith: "We believe in the gift of tongues, prophecy, revelation, visions, healing, interpretation of tongues, and so forth." During the Church's mid-twentieth-century transformation into systematized, scalable, export-ready global religion, what we know as the Correlation period, the spiritual gifts that had once surged spontaneously among women and men were cloistered in private devotion or housed within particular callings and offices: the gift of tongues, for instance, is now understood as an aspect of the missionary calling; the gift of healing is now limited to priesthood callings. Whether you see that as a feature or a bug, of course, depends on how you feel about free-flowing, charismatic spiritual manifestations. (I'm in the former camp, myself.)

And because certain callings, including executive-level leadership, require priesthood ordination, some callings are unavailable to women; conversely, some callings dealing with women's and children's ministry, have traditionally been off-limits to men. As Mormon feminisms mature, the question of women's ordination ebbs and flows. Callings can be a flashpoint in those discussions, highlighting as they do the differences between men's and women's relationships to the institutional Church.

In the lived experience of Mormonism, of course, much of the foregoing is beside the point: callings are so much more than an ingenious feature of LDS organizational behavior or a lens for contemporary church sociology. Callings knit friendships among ward members as we work and plan together, complain and disagree together, pray and forgive together. They reveal opportunities to practice pure religion, and prod us to follow through. They allow us to develop new skills, and to exercise them in new arenas. They intimately invest us in the wellbeing of children beyond our own. They teach duty. They foster love. And for believing Mormons, of course, to hold a calling is to enlimb the very body of Christ.

This is the enlarging quality of callings. Drawing on LDS scripture in the Doctrine & Covenants, our discourse around callings settles frequently on the notion of "magnifying." President Hinckley, in a 1989 address, introduced a pair of binoculars as a figure for magnifying our callings. A binocular lens draws images closer to the subject, he taught; similarly, magnifying a calling draws our fellows closer to us and to the Lord. It is not a pointless multiplication of labor for its own sake. 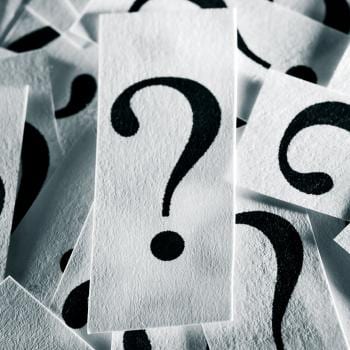 Doubt as a Spiritual Discipline
Eric Scot English
Get Patheos Newsletters
Get the latest from Patheos by signing up for our newsletters. Try our 3 most popular, or select from our huge collection of unique and thought-provoking newsletters.
From time to time you will also receive Special Offers from our partners that help us make this content free for you. You can opt out of these offers at any time.
see our full list of newsletters
Editor's picks See all columnists