Neither Moderate Nor Extreme

I grew up as a Conservative Evangelical/Christian Fundamentalist. I know from my heritage that Fundamentalists are good people, sincere, kind-hearted, and well-meaning. They don't think of themselves as extremists because they can always look to their right and see people more extreme than they. (And, of course, nearly everyone to their left seems extreme, too.) As a result, they see themselves as the moderate ones, and the rest of us are extremists (as, I think, nearly all of us do—most extremists are the last to know they're extremists). When people call them extremists, directly or by innuendo, they feel persecuted and insulted. They click into a victimization narrative which prompts them to become...let me say, instead of "even more extreme," "even less moderate."

I've been thinking a lot lately about what extremism is and about what makes a religious group become more extreme over time. There are many factors—some internal to the group, some having to do with the reactions of outsiders to the group. But one of the internal factors that can motivate a group towards extremism is a distaste for hypocrisy, lukewarmness, and nominalism.

When hypocrisy is understood as inconsistency or half-heartedness—stopping short of living out the full implications of one's beliefs—then those who are willing to be more consistent, to take their faith to its ultimate conclusions, gain more legitimacy. A recent article by a young woman who grew up in the Christian Patriarchy/Quiverfull movements makes exactly this point:

Among groups vulnerable to extremism, words like hypocritical, lukewarm, nominal, and compromised become synonyms for those who do not push for a more thorough and far-reaching consistency, and in the end, the word moderate itself becomes associated with these damning epithets. What words represent an alternative to hypocritical, lukewarm, nominal, compromised, and moderate? Orthodox is a favorite, as are words like true, pure, committed, biblical, uncompromising, and radical.

The problem, of course, is that life is more complex than this polarization would indicate, and in seeking to avoid the cliff on one side of the mountain (inconsistency, half-heartedness, nominalism), it's easy to fall backwards of the cliff on the other side (extremism).

The only way out of this dangerous interplay of false dichotomies is, I think, the introduction of a third element, a third option or way that can be pursued with equal or greater passion than the flight from inconsistency, compromise, and lukewarmness. I think this is exactly what Micah does in a well-known biblical passage.

Micah argues that his people have gone wrong in their religious lives. God "has a controversy with his people, and he will contend with Israel," Micah claims (6:2). Then Micah articulates the underlying question—the question of what God really wants: "With what shall I come before the LORD, and bow myself before God on high?" (6:6).

The conventional answer—the moderate one, we might say—is plain. I should do what is required by coming "with burnt offerings, with calves a year old."

Ah, but that seems so unexceptional! So Micah ups the ante. I should come with "thousands of rams, ten thousand rivers of oil."

But Micah knows that some will want to go even farther up the ladder of extremity, so he pushes the response to the ultimate (recalling, perhaps, the biblical story of Abraham's planned sacrifice of Isaac): "Shall I give my firstborn for my transgression, the fruit of my body for the sin of my soul?"

This Is What Makes Your Man Vulnerable—Be Aware And Take Care!
Shaunti Feldhahn
2 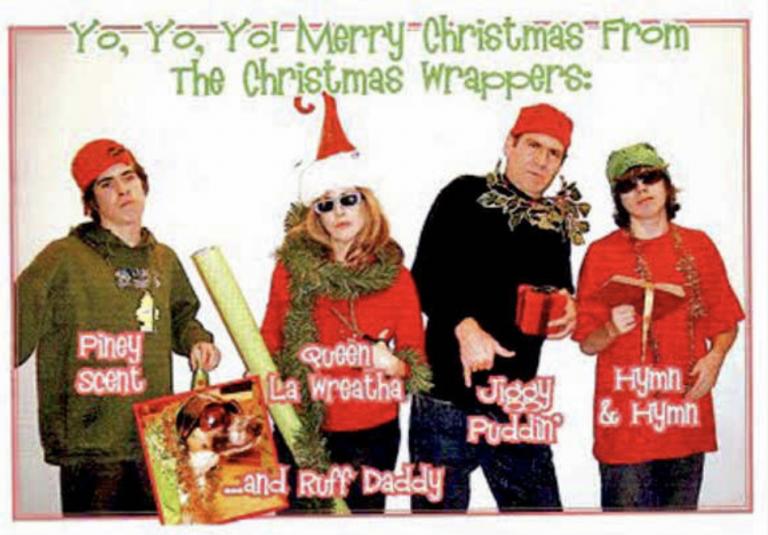 Bringing Our Gifts to the Holiday of History: Twelve Days Start on the Eve of...
John Mark N. Reynolds
Get Patheos Newsletters
Get the latest from Patheos by signing up for our newsletters. Try our 3 most popular, or select from our huge collection of unique and thought-provoking newsletters.
From time to time you will also receive Special Offers from our partners that help us make this content free for you. You can opt out of these offers at any time.
see our full list of newsletters
Editor's picks See all columnists