I repudiate all vestiges of Islamophobia or any other platform that engages in fear-mongering . . . We must stay vigilant in order to protect the sanctity of compassionate and grace-filled outreach. My commitment stands without compromise. I will continue to advocate and engage a generation committed to sanctification and service, covenant and community, truth with love. ~ Public statement from Rev. Samuel Rodriguez on September 9, 2011

On Labor Day, I came across a story entitled "Samuel Rodriguez and the Oak Initiative—Marketing Religious Supremacism as Social Justice." The author, Rachel Tabachnik, is a noted researcher on the religious right whose work I have grown to trust and admire, yet the headline for her story seemed extreme. Samuel Rodriguez is the President of the National Hispanic Christian Leadership Conference (NHCLC). His track record as a key voice for immigration reform has won him audiences with President Obama and billing as a new leader for social justice by Jim Wallis. From CNN to Newsweek to the Washington Post, Rodriguez has been featured prominently as a moderate evangelical leader, "the voice for Hispanic Christians in America." Yet my experience has taught me this: the nexus between evangelicalism, Pentecostalism, and the religious right makes for strange bedfellows. I refused to dismiss the story out of hand and I read on.

Last Tuesday, I made contact with the NHCLC and arranged for an interview with Rev. Rodriguez on Wednesday. In the meantime, I found a lead article by Rodriguez in the new issue of Christianity Today on the legacy of 9/11. In a moving piece, Rodriguez made the case that "every extreme, whether ideological, spiritual, or political, carries potentially catastrophic destruction." Followers of Christ, he said, should live "not in the extremes or outskirts." These words stood in stark contrast to this warning on the Oak's home page: "The Muslim Brotherhood, with the complicity of the Obama administration, has infiltrated the U.S. government at the highest levels and is influencing American policy [in a way] that leaves the world's Christians in grave danger." These two contradictory quotes would play a key part in my interview with Rev. Rodriguez.

Although I received glowing testimonies to Rodriguez's character before the interview, I was skeptical. My decades of experience with evangelical and fundamentalist leaders had taught me to hope for the best, but expect the worst.

Yet I found that Rev. Rodriguez was genuinely troubled by Tabachnik's charges. He challenged some of the details of her story, but on the principal point—his relationship with the Oak Initiative—he agreed that there was cause for concern. He knew instinctively as I read to him the Oak Initiative's views about Islam and the Muslim Brotherhood that this was an affront to what he wished to stand for. While he pleaded ignorance with regards to the details of the Oak Initiative's agenda and website (he claimed he had barely been involved), he assured me that by the end of the day he would resign from the Board and make clear his regret. Five hours later I received an email with his letter to the Executive Board of NHCLC responding to Tabachnik's article and detailing the steps he was taking to denounce extremism, steps that include his resignation from the board of the Oak Initiative. It was, as a mutual friend of mine and Samuel's put it, the most that could be hoped for. 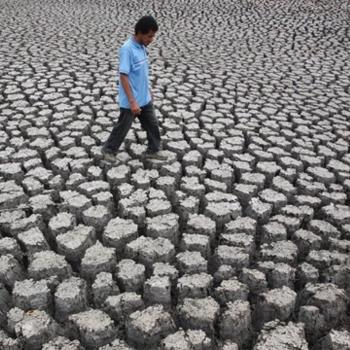 All Saints' And The Anthropocene
Clint Schnekloth
2 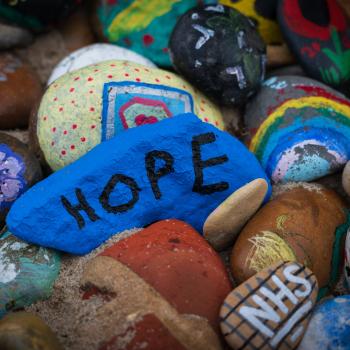 Common Grace, 2.71-72
Coyle Neal
About
Get Patheos Newsletters
Get the latest from Patheos by signing up for our newsletters. Try our 3 most popular, or select from our huge collection of unique and thought-provoking newsletters.
From time to time you will also receive Special Offers from our partners that help us make this content free for you. You can opt out of these offers at any time.
see our full list of newsletters