September 29, 2011 by Katrina Fernandez
"Like" the Patheos Catholic Page on Facebook to receive today's best commentary on Catholic issues. 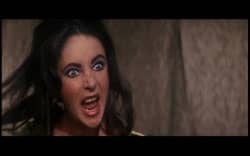 The battle of the sexes wages on, and it's a battle both sides are losing. If forced to draw sides and declare one camp the Good Guys and the other the Bad, I would have to say women are the Bad Guys.

I mean, after all, we started it.

Ouch! I know. It pains me to write that.

Without getting into a lengthy dissertation on the Feminist Movement and Women's Liberation, I will jump straight to what we've reaped as a result. In our zeal to be declared equal we've surrendered much that distinctly marks us as feminine. Worse, we continue to perpetuate the most awful of stereotypes—only magnified by 100. The most damning of these is The Shrew.

Shrews are the worst sorts of women, because they make it so hard for the rest us; they run around scaring men into permanent bachelorhood and making all of us look bad. These ego-deflating women tear men down in order to prove they are no longer subjugated by them. How empowered! Imagine an army of angry females who verbally and emotionally abuse their husbands. I've been witness to women referring to their spouses, the same persons they promised to honor and respect, as worthless sacks of excrement.

Like reverse sexism, this belittling of men seems to be 100 percent acceptable. It's even used as the tie that binds in building female relationships—commiserating over the "miserableness" of the male species. I understand it can be hard to make friends when meeting people for the first time, but making your husband the butt of jokes is not the way to endear yourself to me. It's not just insulting to your husband but to me as well, a single woman who would love to have a spouse to promise to honor and respect. It's like waving a steak in front of a starving person and proclaiming it tastes like garbage and tossing it to the floor.

My concern goes beyond the married women I've encountered over the years who make a game of husband-bashing; male bashing seems to be prevalent everywhere. At my workplace, it's normal to infer that my male co-workers are less organized, sloppy, and stupider than the rest of us. On TV, the husband as head of the household has disappeared. The dad is the blithering simpleton who the kids barely tolerate and the wife makes excuses for.

He is the punch line.

I've heard women make the most disparaging comments about their husbands/boyfriends/fathers/sons, you name it, all within earshot of that very person. Never would I dream of speaking of a stranger in such a derogatory manner, much less someone I claimed to loved.

Shrews, you're ruining it for the rest of us! No wonder men are in no rush to get married. We women share in the blame for men's general arrested development when we treat them like stupid little children.

Such are the spoils of the gender wars. Nobody wins.

Now imagine my plight, or any single woman's for that matter. As I get older and try to find a single Catholic man to share my life with, I find my choices are either gun-shy or jaded. Years of relationships full of verbal and emotional abuse sprinkled with chronic bullying and topped with manipulation has created a dating minefield. If I have to go on one more date with some poor morose man who thinks my genuine interest in his hobbies is just me being patronizing I think I'll scream. St. Teresa of Avila is quoted as saying "God, deliver me from sullen saints." I beg you, Lord, deliver me from sullen dates.

I am 36. The majority of men I have encountered are divorced and/or nursing savage and gaping wounds from years of being shredded apart by the women in their lives. They are cynical and weary. Compliments fill them with suspicion as they try to decipher whether I am being genuine or sarcastic.

It is exhausting. For both of us.

One evening I found myself complaining to a girlfriend about a particularly dreary evening I spent with a fellow. We had just met and all he could talk about was how awful his ex-wife had treated him and how evil his ex-mother-in-law was to his children. No matter where I steered the conversation he inevitably brought it back to his miserable lot in life. This man was a victim of The Shrew. I could empathize—to a point. After two hours, I felt like I should have billed him for my time, like Lucy in her little "The Doctor is in" booth.

Better yet, I should have sent the bill to his ex-wife and ex-mother-in-law. I was emotionally exhausted before the appetizers arrived and felt like I was going to need another stiff drink.

With the degradation of marriage came the devaluing of the husband. This is turn sent a very clear message that we, mighty roaring women, no longer needed men. Men responded by no longer treating us as ladies. After all we weren't behaving like ones. Now no one respects the other, trust has been shattered, and fewer and fewer people are getting married.

And to think, all the suffragettes wanted was to vote.