After church last Sunday we decided to go out to lunch. It became one of those serendipitous experiences. We had planned to go to one place, but at the last minute Ed decided he wanted Chilis. At the table next to us was a family with three young children. I heard the youngest one making noises, and saying, "hi," repeatedly—nothing unusual in a family restaurant. Ed was talking back to her, and said to the parents that she was a "cutie." I had looked over and smiled their way, but when the mom said that her 14-month-old was deaf, and she was just learning to speak because she had had a cochlear implant, that caught my interest.

Ed, of course, had noticed that she was deaf because he could see her implant. We then got into a friendly discussion. A few minutes into talking with them, I mentioned losing my eyesight in my early 20s. I had assumed that they could tell, but apparently they couldn't. Our conversation took off at that point with this family speaking of disabilities, and advances in technology that weren't available only a few years ago. The mom felt very comfortable sharing with us how reluctant she'd been about having her daughter's surgery done, and her husband's belief in giving their daughter as much of an advantage as possible.

In preparing for the surgery, the parents had discovered that they both were carriers of a gene that caused this type of profound congenital deafness. Their other two children were able to hear.

This little 14-month-old was saying "hi," and "bye," while waving her hand at Ed the whole time. Mom told us that she was so excited to be able to hear sounds that she had never heard before, and was also enjoying speaking and making sounds herself as does any little one that age learning to talk. She was enthusiastically sharing her newfound ability with us!

The doctors told them there was no longer a need for their daughter to learn sign language, but the parents disagreed. The implant, after all, comes out at night, for bedtime, and it is not used when bathing. Their daughter is still deaf, even with the implant, so why not learn both?

Interestingly, the mother already knew sign language! In college she had to take two years of a foreign language with her major. She attempted German, but was having a terrible time with that. She then was happy to learn that she could take sign language as an option to fulfill this requirement. She believed that there was a Providential "hand directing her" toward sign language all those years ago.

How frequently we find that something we believe was thrust upon us by accident ends up being an experience that has a hand in the rest of our lives.

After the surgery, the little girl had to wear two hearing aids for awhile to see if that would make any difference. It is a step in the process. Probably because I was blind, she felt comfortable sharing several incidents of people saying things that were likely well-meaning, but thoughtless, and were hurtful to her. She told of a woman at the grocery store who saw her baby with the hearing aids, and asked why she was wearing them. When the mom explained, the woman said how sad it was that her baby was deaf, and asked if she was "dumb," as well. She realized that this woman meant that word to mean unable to speak, but it has taken on a much different connotation, and she was very hurt at this remark.

I always know when people are desperately searching for the politically-correct term for blind when speaking to me. They are trying so hard to be considerate that I try to put them at ease and tell them it is okay with me to say the word "blind." I shared that, and a couple of my own stories, and she felt a bit better. Most people just don't know what to say to someone who lives life a little differently from the norm, and it becomes easier, sometimes, to just let it go, or to nicely make it a teachable moment without offending the befuddled person.

Unfortunately sometimes some people just come off patronizing, and then is time to be a bit more direct.

We were about to leave, and she had gotten up to take her 4-year-old daughter to the restroom. She came over to shake our hands, and to say how nice it was to meet and talk to us. I could hear the smile, and gratitude in the voice of this mom to have had this opportunity. A moment of serendipity—yes, but I got the feeling we all felt perhaps a "hand at work" in this "chance meeting." 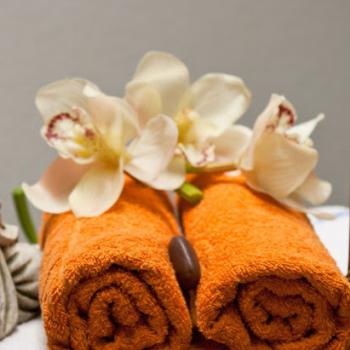 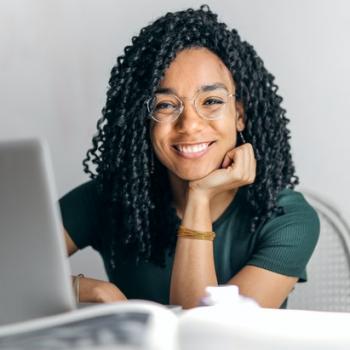 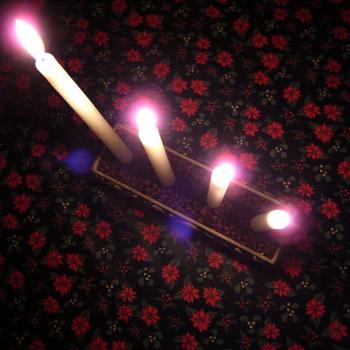 Practices From the Inside Out: Advent Lessons & Carols
Greg Richardson
4 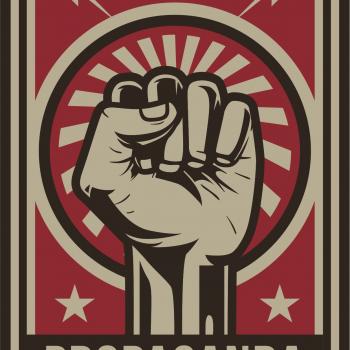