What You Gain When You Lose

"So, you're a preacher and you can't talk? What are you going to do? Write?!"

The abrupt question from the guest speaker cut deep. Only six months earlier, while preaching a Christmas Eve service at the church I pastored in the Boston area, my voice had suddenly gone out—right in the middle of my message. I had experienced laryngitis before, but this felt different. It was as if someone had suddenly unplugged my voice box. Suddenly, just talking felt like a wrestling match. I knew something was wrong.

Not knowing what had hit me, I hurriedly tried to finish the sermon. After closing the service in prayer, I went to my regular post in the foyer of the church to talk (or try to talk) with people as they left.

"Pastor, take care of that voice," said one person. "Give the voice a rest for a while, Pastor," said another. And: "You had better see the doctor about that cold!"

Thinking it was just that, a cold, I rested the voice for a few days, figuring it would return. It didn't. So, I went to the doctor who thought it must be a virus. It wasn't. The uncertainty was almost as frustrating as trying to carry on a conversation.

After that, I was sent from a general practitioner to a laryngologist to a neurologist and finally (a couple of months later) to a speech therapist. No one seemed to know what it was. For six months, talking was extremely difficult. Simple one-on-one discussions were a chore. Worse, trying to make sense of it all put a strain on my spirit, my marriage and my family. It was frightening. I felt like I had lost something I assumed I would always have—a strong, clear and resonant voice.

The questions were challenging: "God, why is this going on? Why don't you heal me? You called me to preach, and now I can barely talk. What's the deal with that?"

Losing Something Valuable
Losses come in all depths and dimensions. People lose loved ones, lose their jobs, and lose their houses every day. The most difficult losses may be the ones we never would have expected.

Few people in the Bible lost more than Joseph. He was one prolific loser. His adolescent years were full of bright dreams, great favor and remarkable potential (Genesis 37). He had it all. However, he would soon experience losses that would far exceed merely having to part with a multi-colored coat. Before finally ascending to the role of second in command over all of Egypt, Joseph's journey looked like a non-stop downward spiral. Just consider some of his losses:

He lost his family's support.Joseph's brothers so envied him and the favor he had with his father, they decided to get rid of him. Although murder was their original idea, he was instead tossed into a pit and sold as a slave.

He lost his job, more than once. When Joseph entered the workforce as a shepherd, his brothers pulled him off the job. Job number two was as a slave—but he lost that one too. He couldn't even keep a job as a slave!

He lost his clear view of his father. No matter what happened to Joseph in his younger years, at least his father had always been in close view. Suddenly, all that changed. His father was right where he had always been, only now far out of sight. Sometimes God can seem that way to us: distant, removed, even disinterested.

What Others May Find When You Lose
Joseph felt the strains and stresses of a dysfunctional home, problems at work, and a distant father. He was tested to the core.

When I lost my voice for a year, it was difficult to believe that anything good would ever come of it. After twelve years of preaching, teaching, and singing, I was struggling to do the thing I enjoyed most: communicate. The experience was often deeply frustrating and embarrassing. So, I did what I could do...I wrote. In fact, I wrote so much that within a few months I had penned three book manuscripts, one of them on great questions and the role they play in effective parenting.

The more I wrote, the more I felt the desire to see these materials published and read. But that seemed somehow out of reach. Soon, however, I felt compelled to knock on a door or two. I asked my wife if she thought it would be worth sending the ideas to Focus on the Family. "Why not?" she said. "The worst they can say is no."

After several weeks with no response, I was ready to give up. Just about that time, I got a call from an editor at Focus. "We've decided that we don't want to do a book with you, Bob. We actually want to do two books with you. How would you feel about that?" 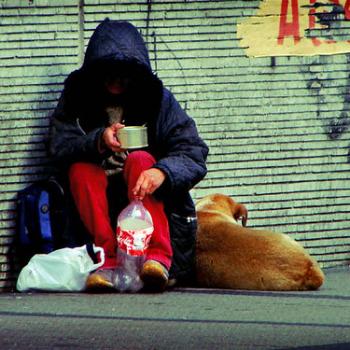 What if I don't actually "need" my stimulus check?
Kathryn Shihadah
2 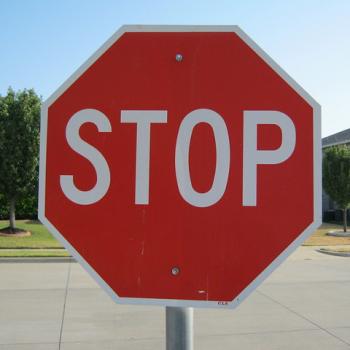 Practices From the Inside Out: Are We Giving Up For Lent?
Greg Richardson
3

Fidelity to the Journey
Mark Nepo
Get Patheos Newsletters
Get the latest from Patheos by signing up for our newsletters. Try our 3 most popular, or select from our huge collection of unique and thought-provoking newsletters.
From time to time you will also receive Special Offers from our partners that help us make this content free for you. You can opt out of these offers at any time.
see our full list of newsletters
Editor's picks See all columnists