When The Gods Fell Silent: A Pagan Recollection of 9/11

September 08, 2011 by Star Foster
"Like" the Patheos Pagan Page on Facebook to receive today's best commentary on Pagan issues. 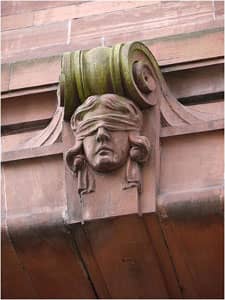 Over the summer before 9/11, a strange phenomenon happened. At first I kept quiet about it, thinking it was just me, but then I began speaking with other Pagans about my experience only to find they were facing the same issue: the Gods were silent.

This was back in the heyday of the Beliefnet forums, when hidden away from the main sections of the site lived a very happening, busy and wonderful Pagan community. Unfortunately, the archives were not preserved after Pagans abandoned Beliefnet for other forums and communities, but I still remember some of the conversations rather clearly.

Upon finding that several of us were also finding the Gods to be silent, there were two basic reactions. The first was relief that we had not angered the Gods as individuals, as might be concluded if only one person was experiencing this. The second was worry, because if the Gods were not paying attention to us, then they were paying attention to something else. Something bigger. Something more serious.

I remember someone describing the experience as being at the kid's table at Thanksgiving, and being ignored and shooed away from the adults who were having grown-up conversations. I remember rather specifically as feeling as if there were closed-door discussions going on, or as if I were trying to get the attention of someone whose gaze was engrossed and mesmerized by something on the far horizon.

Then 9/11 happened. Then we all knew the Gods knew it was going to happen. We understood the silence was related. We were in grief. We were in fear. We were trying to maintain composure. We were trying to process what had happened. The Gods were there again, offering comfort, hearing our prayers and providing guidance. Even if you knew no one in New York City, Pennsylvania or the Pentagon, you were still in shock and grief.

It's easier to think the silence was a warning. It's far more reassuring to think the error is not that they did nothing, but that we, foolish humans that we are, misunderstood the warning. Yet, what if it wasn't a warning? What if they were convened, weighed the situation and decided to do nothing? The myths are full of wars influenced, started or finished by Gods. What if 9/11 was a price we paid for the political climate of the Immortals?

As Pagans, we are quick to point out the defects of monotheisism's God. We remind our Abrahamic friends that their Gods are jealous, vengeful and fond of violent rhetoric. We admonish them to question their God, question their scripture and look critically at their clergy. Yet we don't tend to feel the same about our Gods. We are careful not to offend them, and we certainly do not like questioning their judgment or motives. To do is disrespectful and insulting, and that view is a wee bit hypocritical.

Where was Ares? Where was the Morrigan? Inanna? Thor? Why did so many of us find them silent prior to the attack? Why did our Gods allow this to happen? If you view this as a battle of the Gods, then Allah kicked Columbia's butt that day. Or if this tragedy was a purely monotheistic struggle, then why did our Gods allow us to be collateral damage?

9/11 isn't something separate and distinct from Paganism. It affected us then, has affected us since, and continues to affect us. Pagans have fought and died in military campaigns resulting from the 9/11 tragedy. Pagans have been affected by legislation resulting from 9/11. Pagans were in New York City that day. Pagans knew people in the Pentagon. Today, I'm told both Pagans and Christians pray to the passengers of Flight 93, considering them cult heroes and saints, respectively.

Grappling with why our Gods allowed 9/11 to happen, allow any tragedy to happen, is key to our understanding of the event. Maybe the answer is in mythology. Perhaps new stories and sagas will be revealed that places 9/11 in a Pagan perspective, just as the poets explained conflicts of the ancient era. Maybe 9/11 is like Troy, where time and poetry eventually heals old wounds. I know I will always live with the knowledge of that silence, which has colored my spirituality and subtlety shaped since that morning in September.