Why I Dress Down for Mass

September 18, 2011 by Max Lindenman
"Like" the Patheos Catholic Page on Facebook to receive today's best commentary on Catholic issues. 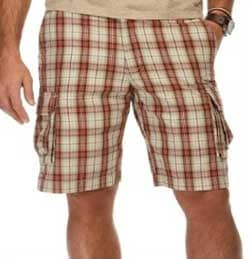 The question "How should people dress for Mass?" thrusts daggers into the hands of the faithful like few others. No pope or ecumenical council has provided an infallible answer. Not even the Council of Trent thought to rule on the optimal cut for a gentleman's doublet or a lady's farthingale. Each of us is free to hold forth in the voice of a one-person Magisterium, or at least that of Mr. Blackwell.

One school calls for a dress code, which it defines chiefly in the negative. A few weeks ago, my senior colleague, the estimable Greg Kandra—a man in Holy Orders—sermonized against tank tops and flip flops. To him, they're part and parcel of a generally casual attitude toward Mass whose other symptoms include late arrivals, texting, and noshing. He doesn't add "moral relativism," but others might.

I'm with him as far as food, phones, and punctuality go. If he thinks that sprucing people up will improve their behavior in these other respects, well, Patton and Lawrence Olivier would agree; both held that external transformations trigger and accelerate internal ones. But since, as I said, the question is wide open, I would like to explain why 1) I dress like a prole; and 2) how I manage, despite it, to act like a gentleman.

First, there are the simple facts of geography. I live in Phoenix, where midday temperatures climb above 100 Fahrenheit in May, and stay there, give or take, until mid-September. Deserts breed practical people—one reason Israel, despite the pride it takes in its armed forces, has never raised a tin-bellied Household Cavalry, and why its Knesset met for many years in shirt sleeves. If "to take the starch out of" someone is a dead metaphor for you, just stand around in an Oxford shirt under the Phoenix sun for more than five minutes. It'll come right back to life.

Dressing down is easy; dressing up—the words Deacon Greg uses to peg what he misses—is an art. When I am expected to appear in anything more formal than jeans and a polo, I have to go to the trouble of assembling an outfit, which introduces brand-new logistical problems into the equation: What to send off to the dry cleaners? When to pick it up? What belt will go best with those shoes? All this agonized primping is much more likely to make me late than its opposite. Certainly it makes me look forward to Mass with the kind of anxiety the liturgy tells me I should be free from.

When I speak of casual dress as a strictly personal preference, I'm fudging a little. Every parish has its own traditions, its own culture. I tend to end up in places where everyone dresses as if to a picnic, if not quite—here I'm borrowing Greg's image—to a pool party. Under my eye, people simply look friendlier and more approachable when they're at their least dressy. I'm not alone in this. The French Revolution inspired the English gentry to adopt more democratic forms of dress—specifically, those borrowed from yeomen and the ancient Greeks. Wigs and brocade gave way to top-boots for men and light, high-waisted dresses for women. In a nutshell, everyone was determined not to look like the sort of stiff who deserved to end up in the guillotine, and largely succeeded.

Of course, America has no marquises or comtesses, but it does have section heads, managers, and general managers. If people dress for Mass as though headed to the office, then the Church herself starts to look like an extension of the office, which is terribly self-defeating. People are much easier to love when I can picture them sprawling half-blitzed in the grass than when I can picture them hovering jealously over a printer.

Here, people will protest: my attitude toward my fellow parishioners is beside the point. The Mass is a mystery, and commands reverence. Well, I contend that slacks and an Oxford are no more mysterious than a polo and a pair of cargo shorts. You can buy them all at Macy's, within yards of each other. We return to the cube farm with the question of reverence: equating it with stiffness or discomfort seems no more necessary than the equation of professionalism with the anxious overuse of jargon. If I'm kneeling in something that has had to be pressed or starched, some small part of me will be wondering whether it will wrinkle, while a much larger part will be longing to get home and get this crap off of me. If I'm kneeling in something comfortable, I stand a fair chance of keeping my mind where it ought to be.