Editor's Note: For earlier installments in this series on the elements of a sermon, see Part 1 on Explanation, Part 2 on Illustration, Part 3 on Application, and Part 4 on Argumentation.

The perspiration from his forehead is misleading. He is ready for this. He mounts the mock pulpit in our seminary classroom and delivers what is, from every available means of evaluation, a great sermon. He has a clear main idea and he borrows the structure of the sermon from the structure of the text. And, as I evaluate the sermon, I hear clear explanation (he understands the text), clear argumentation (he understands how this text fits into the larger whole of biblical theology), and clear application (he knows how the text intersects with life).

As this "A" sermon rolls out in front of me, something is seriously wrong. It's accurate, faithful, clear&mash;and completely underwhelming. After having this scenario repeat itself a few times in the classroom, I think I have identified the problem. The problem, as is often the case, was sitting in my chair. The problem is, he did exactly what he was taught. I taught the students the arts of explanation, argumentation, and application, but not exhortation. The net result was accuracy without urgency. Their sermons were right; they just weren't compelling.

Ironically, nothing could be further from what the Bible calls preaching. Paul exhorted with tears (Acts 20:19, 31). Peter preached in a way that people were "pierced to their hearts" (Acts 2:37), and Jesus moved the crowds with word play, story, imagination, and provocative language.

The idea then that one can explain, argue, and apply a text of Scripture, without making it compelling, represents a historical shift.

Perhaps the most influential homiletics text of all time is Book Four of Augustine's On Christian Doctrine. Augustine was saved from a life where he only knew rhetoric as a means of self-exaltation. After his salvation, he wrote the first three books of On Christian Doctrine. The work as a whole did not deal with preaching. Perhaps he felt that rhetorical devices should be foreign to Christian preaching. Rhetoric was for the profane, while preaching was the pure explanation of sacred texts. However, thirty years of listening to preaching cured him of this thinking. He finally wrote "Book Four" in which he applied classical rhetoric to preaching. His triad is still instructive today: Preaching must teach, paint, and persuade. This was borrowed directly from Cicero and was later copied by Fénelon. That to say, this idea of preaching was the way it was understood for hundreds of years.

But we no longer teach this.

The shift is subtle but plain. We have moved from teaching, painting (illustrating with attractiveness), and persuading to explaining, arguing, and applying. Application, most notably, has replaced exhortation. But are they one and the same? Isn't it possible to apply something to someone's life and not exhort them to do it? Has "specific application" displaced a biblical precedent to compel and challenge?

My personal theology of preaching demands that it is the work of the Spirit, through a clear conduit, that effects change in the listener. The Spirit gives witness to Christ who causes change. So, we who promote exposition understand that it is not my words, my application or exhortation that does the work that only the Spirit can do.

Yet I have this fear: that my own desire for accuracy has muted the prophetic voice. It should be the opposite. It should be the case that the depth of exegesis produces a passionate plea from the pulpit. The time in the word fuels the passion for the right response. If we have not gone deep, we will not be able to be persuasive.

And, I'm convinced with everything in the world that the reason people think the Bible is boring is because I portrayed it that way.

The Bible is not boring. If I present it as such, that's on me, not God. Scripture is persuasive. God has never spoken in a vacuum of response. Not once.

So finishing this series on the functions of preaching, I thought this would be a good time to evaluate the whole construct. Is there something more to explanation, argumentation, and application?

What do you think? Has exhortation in preaching been displaced by application? 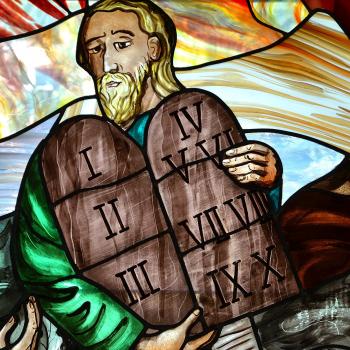 Conspiracist: When Trump Is Reinstated, "I Wouldn't Be Surprised If Q Returns"
Beth Stoneburner
3 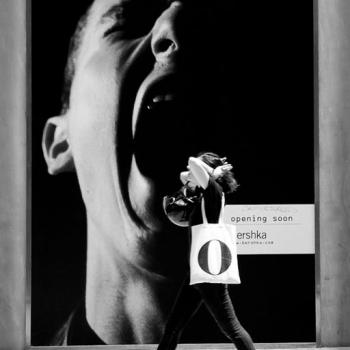 Steven Smith
Steven W. Smith is a preacher and author who is attempting to die in the pulpit and call a generation to do the same. He is the Dean of the College, and Professor of Communication, at the College at Southwestern. Follow him on Twitter.
Get Patheos Newsletters
Get the latest from Patheos by signing up for our newsletters. Try our 3 most popular, or select from our huge collection of unique and thought-provoking newsletters.
From time to time you will also receive Special Offers from our partners that help us make this content free for you. You can opt out of these offers at any time.
see our full list of newsletters