Casting Wide in the ‘Net: An Interview with Brandon Vogt

October 01, 2011 by Elizabeth Scalia
"Like" the Patheos Catholic Page on Facebook to receive today's best commentary on Catholic issues. 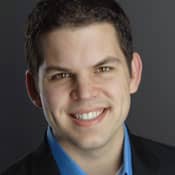 As Patheos' Book Club features his not-for-profit book, The Church and New Media, author and editor Brandon Vogt discusses the impact of new media as a tool for evangelism, the Catholic Church's embrace of new media at the urging of the pope, and how the book serves as outreach to more than the institutional body.

Brandon, thanks for taking the time to chat with me about the book. The Church and New Media—it contains valuable essays on working within new media, by people who do so. Who did you intend the book for? churchmen? Layfolk?

The Church and New Media is really for everyone—and I'm not just saying that to appease my publisher! Whether you hear more "tweets" from people than birds, or you think YouTube is some sort of plumbing fixture, you'll learn a lot from this book. We go deep into new media, to be sure, but we assume almost no prior knowledge. The book's richness can be tapped by both digital amateurs and tech-savvy experts.

Also, the contributors are really just as diverse as the audience. This isn't just one person offering one take on the digital revolution. You'll find chapters written by bishops, stay-at-home moms, priests, political activists, media entrepreneurs, professional bloggers, and more. The Church and New Media presents a symphony of voices that together reveal new media's polyphonic power for the Church.

Is the book a sort of opportunity to create a communications bridge between the church and people in alternative media?

In many ways, yes. The Catholic Church has typically been quick to jump on emerging media. Archbishop Fulton Sheen was one of the most prominent figures on both radio and television. His radio show attracted millions and he remains the only religious TV personality ever to win an Emmy award. In the early '90s, as the Internet rose in popularity, the Vatican was one of the first institutions to create a website. Vatican.va [and its expansion, News.va] is robust and helpful, holding hundreds of Church documents from her two-thousand-year-history.

In the past, the Church has consistently been amicable to alternative, emerging media. So in The Church and New Media, we call the Church back to that same orientation. There's nothing here to be afraid of. The Church has successfully engaged every past medium and she can do it here, too.

You have some very impressive names endorsing this book—how did that come about?

Two simple words - "I asked." Figuring the answer was definitely "no" unless I gave it a shot, I petitioned some of the biggest names I could think of. I was blown away when so many of them responded with rave reviews.

I think one reason why so many high-profile bishops endorsed the book is that they understand how important new media is for the Church. And they want other Catholics to jump on board. Modern new media includes the most potent evangelistic tools the Church has ever seen—it has never been quicker, easier, or cheaper to promote the Gospel than it is now. So by endorsing the book, these prominent leaders are making a bold statement not just to their brother clerics but to the greater Catholic community: we need to engage new media.

You are a journalist and you have a blog as well; can you tell me what launched you toward journalism to begin with, and whether you see tension between establishment and alternative media?

In the digital age, we're all journalists. It used to be that you turned to trusted anchors or reporters for the news. But now, we all offer public analysis. We all report on news, comment on culture, and share our views with the world. Anyone with a Facebook account or blog can spread their words to more people—and in a faster time—than most newspapers have ever been able to.