I am probably one of the more conflicted participants to ever be invited to speak at a conference devoted to the "emerging church"—though that's what happened last week. Like my friend and colleague Joe Stabile, I actually prefer the adjective, "liminal," to the gerund, "emerging." But even that makes me nervous. Yes, the church might be liminal in its relationship to the cultures around her, but if she is "in Christ," then she is also at home in the only way in which being "at home" is important.

That is probably why I prefer my Christianity black, without cream, sugar, or other additives. To some degree, I find that the adjectives we use to describe Christianity or the church all amount to much the same thing. Each is an effort to say, "I am authentic, real, aware, thinking, relevant, and a Christian." It is also a way of saying, "Oh, by the way, I'm not a fundamentalist."

That's a good thing. The current use of the term "spiritual" goes back not much further than the '80s; when people began using the term more widely neither mainline, nor evangelical churches were ready, though for different reasons.

Mainline congregations were not ready, thanks to:

So, when people who were simply spiritual—but not yet "not-religious"—came on the scene, a quick survey of their experience of church convinced them that their pastors would be of little or no help. But Oprah was. It was then that spiritual people also became self-consciously "not-religious."

If the Emerging Church movement has a contribution to make to Christianity, it is in reconnecting the spiritual and religious dots. It will need to demonstrate that it is not only possible to do God and church, but that it might also be necessary.

But the Emerging Church movement has its own challenge: If, as some have said, emerging Christianity is "evangelical, Protestant, Catholic, post-evangelical, anabaptist, Adventist, liberal, post-liberal, reformed, charismatic, neo-charismatic, post-charismatic, conservative, and post-conservative"—and that's a quote—then the problem is obvious. How do you belong to a movement that is all of these things and none of them, all at the same time?

I can't say what that answer will be. But, from where I stand, meeting the challenge lies in the ability of the movement to connect the dots for itself and for others:

Sound, lived, and livable answers to each of those questions are essential.

If the first isn't answered effectively, then many will continue to see Oprah as a more reliable guide.

If the second question isn't answered effectively, then it might be rightly argued that the Emerging Church emerged, but it never achieved enough escape velocity to become something distinctively different.

If the third question isn't answered effectively, then why do I need a church of any kind? I already have an Amazon Prime membership. 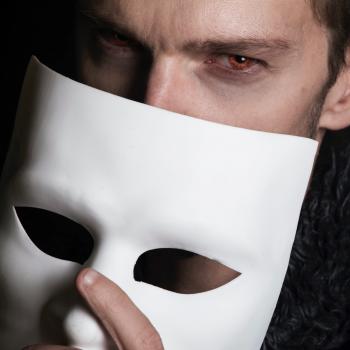 How I Fell for – and Recovered from – a Scam: Lessons & Recommendations
Leah D. Schade
2

What was the ancient "Didache"? What is its relevance today?
Richard Ostling
4

Did the Bishops Think We Would Support Excommunicating the President?
Rebecca Hamilton
Get Patheos Newsletters
Get the latest from Patheos by signing up for our newsletters. Try our 3 most popular, or select from our huge collection of unique and thought-provoking newsletters.
From time to time you will also receive Special Offers from our partners that help us make this content free for you. You can opt out of these offers at any time.
see our full list of newsletters
Editor's picks See all columnists