Ethics from Within, Not from Above

I am finishing a book on which I have been focused for the better part of 8 years, a book that started out as an exploration of the modern right wing and their faux masculinity as a reaction to the feminine values that characterized the 60s counterculture, and which birthed modern Neo-Paganism as a rapidly growing spiritual community. But as I worked on it, the questions I encountered got deeper and deeper, and as I pursued them the project got less and less tied up with the political issues of the day.

Ultimately, it began exploring the growing bankruptcy of traditional Western values as their foundations in habits of thought rooted in transcendental monotheism withered. I want to outline that argument here because I think it stands on its own in many ways and also suggests a way in which modern Pagans can contribute powerfully to our society as a whole.

Beginning with John Locke, the modern Western liberal tradition gave us the principles behind our Declaration of Independence, religious toleration, and the vision that no person is properly the tool of another. But Locke rooted his case in liberal Christianity, and as its persuasiveness faded for many intellectuals, a search for ever more secular sources for such an ethics began. But even the most secular of these thinkers generally imported unexamined monotheistic habits of thought, particularly that moral rules must come from outside the world as the dictates of logic serving as a substitute for God.

One of the most influential of these alternatives was rooted in Immanuel Kant's effort to ground ethics as absolutes removed from their practical impact in day-to-day cases. The good is what it is regardless of its particular consequences. Kant's competitor was utilitarianism, which adopted the opposite approach: the good is that which creates the most happiness for the greatest number. Only consequences matter.

Both have failed to find the kind of near-universal agreement once provided by transcendental monotheism. For many secular thinkers, a kind of nihilism has taken over.  There are no basic ethical principles, and so either power, or the force of will imposing a vision (which is another kind of power), takes the place of ethics as providing a reliable context for our actions.

Importantly, some thinkers found an alternative source for understanding the reality of values, one rooted in the world and in our embodiment. There are many and interestingly, unlike the ethics of Kant and the Utilitarians, they do not contradict one another.  Leonardo Da Vinci developed arguments about the relation of knowledge with love.  David Hume and Adam Smith's work on sympathy (what we today call empathy) rooted ethics in the very nature of self-awareness. Our Declaration of Independence's argument that rights were self-evident was based on centuries of legal reasoning demonstrating people were in some sense responsible for their actions, and so could not be property, for with property the owner was always held responsible. Charles Darwin explained how ethics is an emergent quality from within the evolutionary process. Darwin's argument has been powerfully verified by recent work on morality in animals.

This alternative tradition, one finding value immanent within the world rather than transcendental to it, has developed arguments that impress me as both powerful and empirically verifiable. They have also largely been ignored. Today hardly anyone even understands what Jefferson meant in our Declaration. Adam Smith's Theory of Moral Sentiments is little known, Hume is falsely categorized as a utilitarian, and Darwin is falsely said to be responsible for "social Darwinism." Leonardo, despite his genius, was ignored on this issue. Why?

I think because even secular thinkers mostly believe we are intrinsically amoral or worse, and that therefore morality must come from without, and at best, it must be backed with the coercive power of logic if not of God's demands and the threat of Hell. Nothing short of that will do the job. If all these efforts fail, then we live in a world without meaning except what our will power, backed by other power, can give it. I think this is the dominant ethical outlook within much of our elite today, right, center, and left.

They are unconscious monotheists, carrying with them assumptions about the world and human beings rooted in the Christian doctrine of the Fall and God's pure transcendence.

These doctrines are not true for all Christian traditions. Quakers are an exception. So are the Orthodox. But these doctrines have long been the dominant Christian views in the West. As such, these beliefs so shaped our moral and intellectual world that they have long outlived many people's awareness of their origins. They just seem "natural." And when ethics from above fails to convince, the result for many is to descend into nihilism and obsession with power. Even Friedrich Nietzsche, perhaps the first major philosopher to realize the devastating implications for traditional Western morality hidden within the rise of modern secularism, failed to free himself from this confusion. If God is dead, "all is permitted." 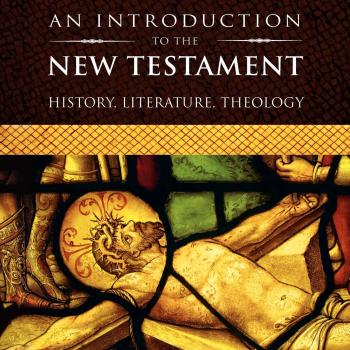 An Introduction to the New Testament—M. Eugene Boring
Nijay Gupta
2

New Series on Patheos: “Excavating the History of the Bible: What Archeology...
Guest Contributor
3 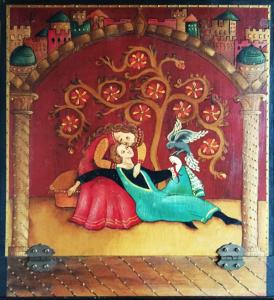 MYSTERIES OF THE INTIMATE WAY: A Buddhist Meditation on Valentine's Day
James Ford
Get Patheos Newsletters
Get the latest from Patheos by signing up for our newsletters. Try our 3 most popular, or select from our huge collection of unique and thought-provoking newsletters.
From time to time you will also receive Special Offers from our partners that help us make this content free for you. You can opt out of these offers at any time.
see our full list of newsletters
Editor's picks See all columnists