The Material Is Spiritual

I listen to the rain and crows outside my window and feel thankful. Thankful as I always am not only to have a home and employment, but thankful also for all of the people gathering in the rain by choice. There are many who are out in the rain not by choice, year after year after year. Some of us try to offer them food, or safe haven, but it is not enough. The cultures we make together have too many bricks fired with greed and inequality. It is time now, to rebuild.

These are times of bright lights and large shadows. Brightness and shadow are in each of us, and in the cultures we create. It is up to us to notice when things have become out of balance, and try to redress. This isn't, for me, about force fighting force; this is, for me, about reaching out to join hands in the realization that we have been separated for far too long. It is time to come together and create something new. We must stand for something. We must stand for what we love.

Years ago, as a young anarcho-feminist, I took a job on the Pacific Stock Options Exchange in order to try to accomplish two things: I would pay my rent while getting an education in how the U.S. economic system worked. See, I dropped out of high school to go to college, and then dropped out of college because it was too great a struggle to work full time, study, pay my bills, and pay for school, when I wasn't sure what getting a degree was useful for. As a working class/working poor kid, I had no knowledge of the ins and outs of student loans, nor did my family have the funds or knowledge to help me. So I decided, as usual, to educate myself. I have a long history of being an autodidact. Working in the "belly of the Beast" as some might say, I would hopefully learn about a system I thought I hated, while buying the food I needed to survive.

On the Options floor, I saw people who were scared, people who were angry, and people who were kind. I coined a phrase to express the dichotomy I felt: "He's a nice guy, but he's an asshole." I figured out that no money in our system was clean, that the bike messengers outside still delivered packages to Shell Oil, and that our economic system was rooted in gambling. Huh. I never knew before then that my father, who struggle with addiction his whole life—first alcohol and then gambling until his life's end—was part of a larger system of economic theory. Too bad it never helped him. My carpenter father wasn't a high stakes player like the traders I worked with. The traders I worked with, however, were mixed bags, just like my father. Just like me.

I recall one man who treated me really well, recognizing my intelligence and liking my blue, flattop mohawk and motorcycle boots, and whose face grew purple with frustration when I refused to buy South African Krugerrands in the mid-1980s pre-crash environment. Word spread like wildfire around the trading floor and the one African American trader came up to shake my hand and thank me. On another day one trader quite proudly stated to me, "Commerce should be free of politics" when I, 19-year-old that I was, knew that was impossible and argued so. Commerce and politics were inextricably linked, but we humans, in our quest for clean compartmentalization, tried to pretend it was not so.

That was a key moment for me—an epiphany on the cold grey trading floor lit by glowing green screens—that realization that we purposefully dis-integrate ourselves, and therefore dis-integrate all of the systems that we build, ending up feeling separate from our environment, from our monetary and political systems, and from each other. In that moment part of me realized this: we had forgotten that spirit and matter are one being. We had forgotten that we could be whole.

I thought of this while sending a shipment of rain ponchos to Occupy Wall Street last week. The people on the streets see imbalance and are trying to speak to it. The ponchos were asked for, and needed, yet I have no idea how they were made. Were they made by people working in dreadful conditions somewhere? This is likely. Does my action in sending them do more harm, or more good? I do not know. Every action requires a willingness to risk. There is a light and corresponding shadow everywhere. Nothing is clear, and clean, and in a little compartment. Life is messy and intertwined. Light and shadow are not discrete beings, but bound to one another. Within us, they can make friends, and we can learn to see things in a different way. 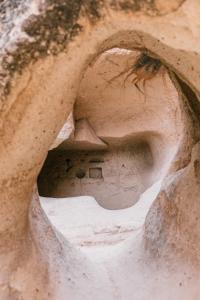 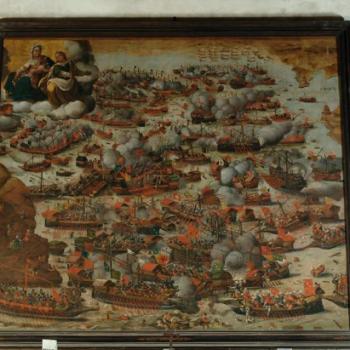 Christian "Prophet": The Military Will Soon Reinstate Trump as President
Hemant Mehta
Get Patheos Newsletters
Get the latest from Patheos by signing up for our newsletters. Try our 3 most popular, or select from our huge collection of unique and thought-provoking newsletters.
From time to time you will also receive Special Offers from our partners that help us make this content free for you. You can opt out of these offers at any time.
see our full list of newsletters
Editor's picks See all columnists